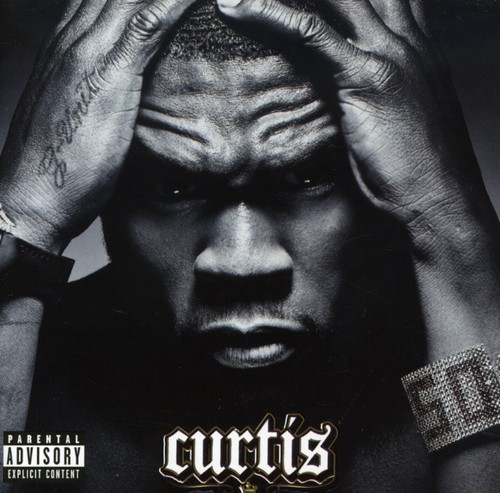 On his third major label album, rapper 50 Cent gives no quarter - 50 Cent (a.k.a. Curtis Jackson) tells it like it is on Curtis and makes the resulting controversy pay as he heads"Straight to the Bank,"the title of the album's first street track. The album features guest appearances by Eminem, Akon, Justin Timberlake, Mary J. Blige, Robin Thicke and Nicole Scherzinger (Pussycat Dolls).

Anyone who was bummed when Fitty was quasi-outed as a lip-syncher during his BET Awards performance of "Amusement Park" needs to relax. It's not like his flow spans octaves like Chris Cornell or Mariah Carey. We're pretty sure he could replicate the studio versions if he had a gun to his head. (Or less. He went on BET's 106th and Park shortly after the mishap and nailed the song.) Once you've already had a gun to your head, of course'"not to mention nine slugs in your body'"you can pretty much do whatever you want. And what 50 wants to do on his third full-length is continue treading autobiographical ground'"although we'll probably never get anything as personal and intense as "Hate It or Love It" again'"with a dash of thug bravado and more than a few dollops of entrepreneurial braggadocio. Despite being pushed back umpteen times, it's hard to imagine Curtis not gobbling up platinum plaques.
back to top