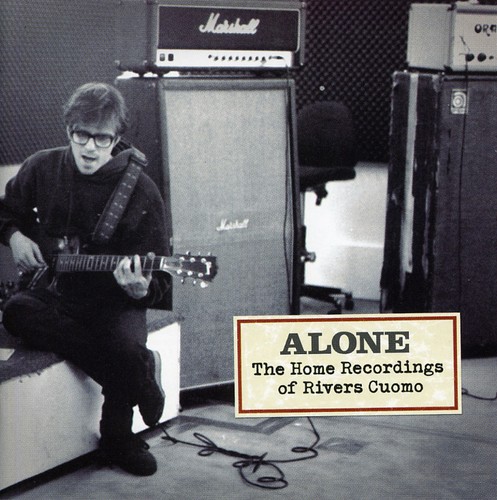 Weezer frontman and songwriter Rivers Cuomo's upcoming release is a collection of home demos featuring a lot of never heard before songs, a few covers, a few songs from his unfinished rock musical"Songs from the Black Hole"and the original demo for"Buddy Holly."Alone is a true treasure chest for Weezer fans and fans of great modern rock songs.

It goes without saying at this point: Rivers Cuomo is a strange dude. The Weezer mastermind despises his greatest, most influential album (1996 touchstone Pinkerton), went two years-plus living the title of that album's opening track, "Tired of Sex," by abstaining from the old in-and-out, and is planning to meticulously document a turbulent period of his life in the early '90s with a multimedia project. Alone isn't necessarily linked to that latest tangent, but it might as well be. The mercurial frontman has been cranking out demos at an incredible clip over the last 15 years away from his band, and this should be a thorough representation for maniacal Weezer fans, satiating them at least until their as-yet-untitled sixth studio album drops some time in 2008. Two of the more interesting inclusions on Alone's tracklist: the original demo for "Buddy Holly" and a WTF cover of Ice Cube's "The Bomb."