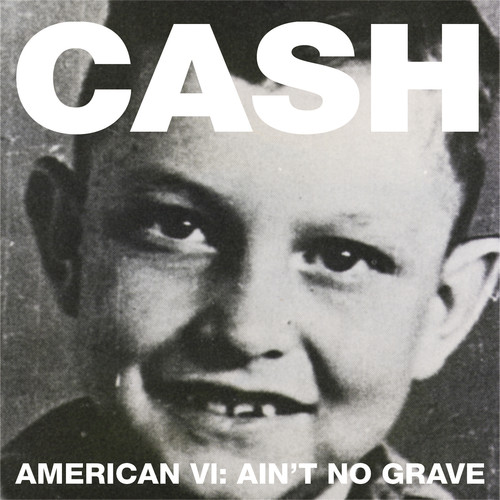 American VI: Ain't No Grave
Artist: Johnny Cash
Format: CD
New: Not on Hand, let us get it for you...
Wish

American VI: Ain't No Grave is the sixth and final installment of Johnny Cash's critically-acclaimed American Recordings album series. As with the previous five albums in the American Recordings series, American VI was produced by Rick Rubin. American VI is deeply elegiac and spiritual, with each song its own piece of the puzzle of life's mysteries and challenges - the pursuit of salvation, the importance of friendships, the dream of peace, the power of faith, and the joys and adversities that entail simple survival. It is an achingly personal and intimate statement, as from the end of the line, Johnny Cash looks back on a most extraordinary life.

''American VI: Ain't No Grave'' is a posthumous album by Johnny Cash, released February 23, 2010, on American and Lost Highway Records Its release was three days prior to what would have been Cash's 78th birthday. The album's music was recorded in the sessions for ''American V: A Hundred Highways'' (2006). The album debuted at number three on the US ''Billboard'' 200 chart, selling 54,000 copies in its first week. Upon its release, ''American VI: Ain't No Grave'' received generally positive reviews from most music critics. - Wikipedia