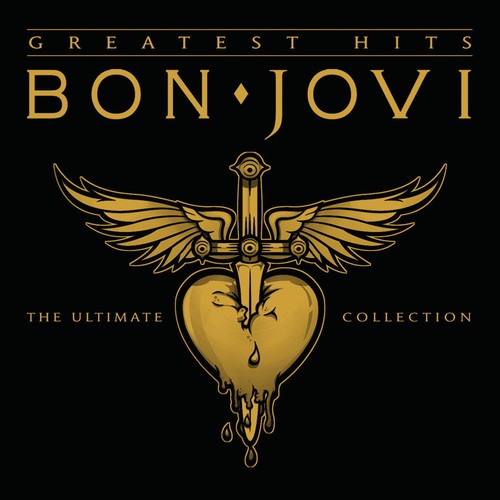 Bon Jovi GREATEST HITS - THE ULTIMATE COLLECTION is a 28-song two-disc edition made up of the GREATEST HITS CD from the standard edition and a second disc featuring beloved fan favorites including "Bed of Roses," "Blood on Blood," "These Days," and "Keep the Faith" plus the third and fourth new tracks created for this project. The four new songs ("The More Things Change," "No Apologies," "This is Love, This is Life," and the first single "What Do You Got?") were written specifically for inclusion in this compilation.

''Greatest Hits'' and ''Greatest Hits – Ultimate Collection'' are compilation albums released October 29, 2010 by rock band Bon Jovi. ''Greatest Hits'' is a single disc, spanning the entire career of the band as well as two new songs, including a new single, "What Do You Got?", and "No Apologies".

''Greatest Hits - The Ultimate Collection'' is a double disc collection featuring the ''Greatest Hits'' album and second disc featuring fan favorites along with two more new songs: "This Is Love, This Is Life" and "The More Things Change".

The four new songs were written specifically for this new compilation project. The font used for the band's name on the album's cover is a return to the Bon Jovi logo used from 1985 to 1988.

Bon Jovi performed a special, live streaming concert for the ''Live on Letterman'' web series on November 9, 2010. The band performed a significant part of the album during the hour long set. - Wikipedia