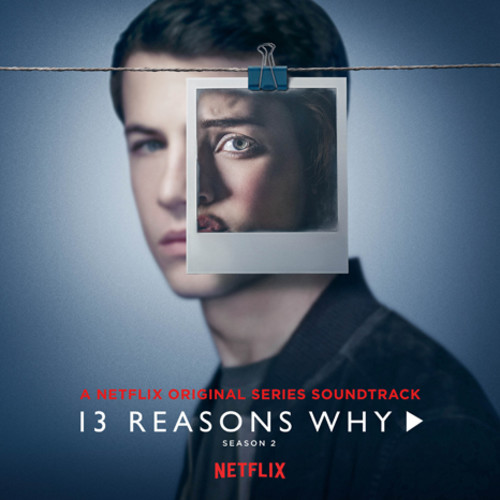 Double vinyl LP pressing. Original soundtrack to Season 2 of Netflix's critically acclaimed series 13 Reasons Why. It is the follow-up album to last year's season one soundtrack, and is releasing in line with the series' season 2 release. The album features Selena Gomez, OneRepublic featuring Logic, Billie Eilish featuring Khalid, Yungblud featuring Charlotte Lawrence, Colouring, Lord Huron featuring Phoebe Bridgers, and more. In season two, months after Hannah's suicide, Clay and the other people mentioned on the tapes, as well as close friends and Hannah's family members, become embroiled in a civil legal battle between Hannah's parents and Liberty High School. Alleging negligence on the part of the school, Hannah's mother pursues her perception of justice, while her reluctance to settle pre-trial and her personal circumstances eventually break up her marriage with Hannah's father. The story unfolds with narratives illustrating Hannah's story told by those who present in court at trial. Clay, who perceives himself as Hannah's failed protector, embarks on an investigation using whatever evidence he can find in an effort to impact on the civil case between Hannah's parents and the school. Clay also endeavours to expose the corrupted culture of the High School and it's favour of wealthy, sports savvy male students over the average student, which especially compromises the integrity of young girls such as Hannah.