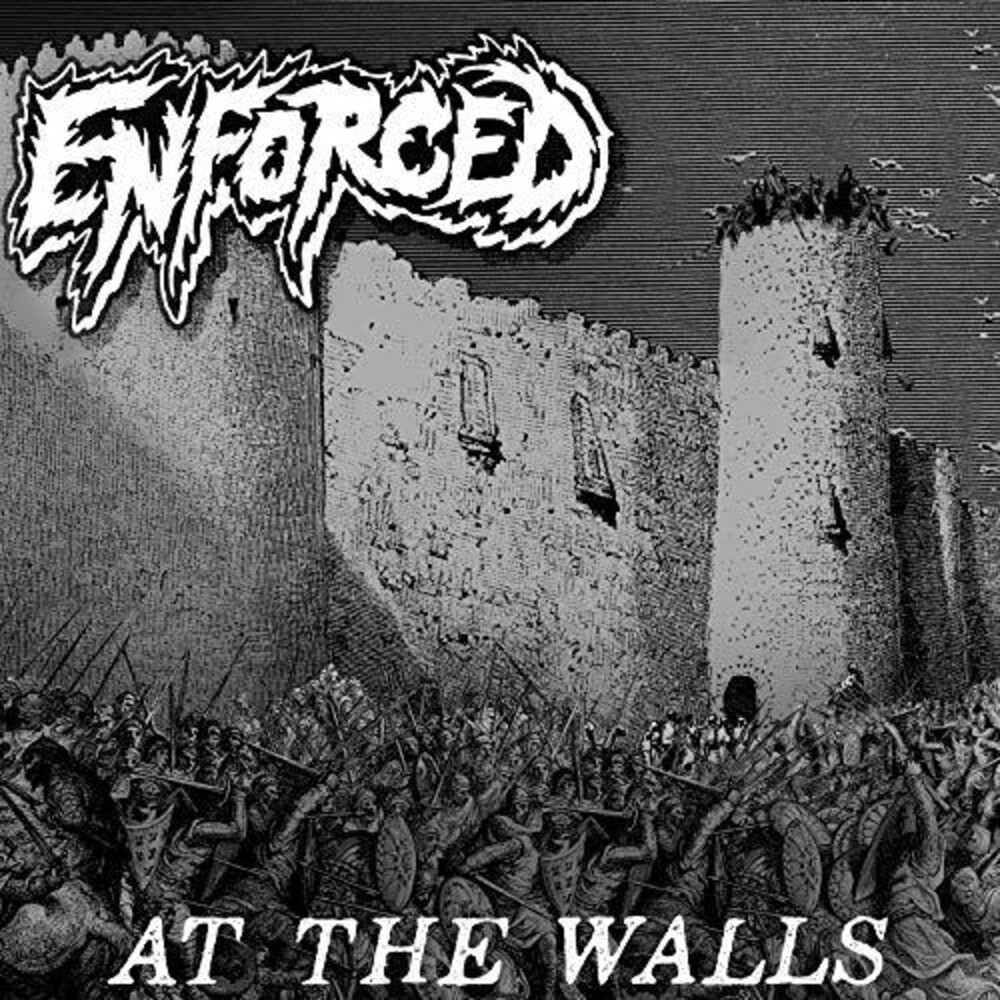 Formed in 2016, Enforced picks up where Sepultura and Cro-Mags left off and infuses their own volatile, hardcore fury into the hardcore/thrash crossover sound of the late 80s. Fronted by a voice that could only belong to that of a madman and unloading nonstop blazing riffs and pummeling breakdowns in every track, the band demolishes everything in their path, leaving a trail of smoldering wreckage and pure decimation anywhere they perform. Enforced's impending "At The Walls" LP features a remixed and remastered version of the 2017 demo and their Retaliation promo, and introduces two brand new songs to the mix. All tracks were recorded by Bob Quirk and mixed and mastered by Arthur Rizk (POWER TRIP, CAVALERA CONSPIRACY, CANDY). In addition, Dwid Hellion (INTEGRITY, PSYWARFARE) provides guest vocals to the track Skinned Alive who also created the apocalyptic album artwork for the LP. Expect nothing but total war on stage from ENFORCED as they explode into 2019; a must-hear for fans of classic crossover/thrash from NUCLEAR ASSAULT, DEMOLITION HAMMER, and DEVASTATION, as well as modern shredders SKELETAL REMAINS, FORESEEN, and WAR HUNGRY. ENFORCEDis booking tour dates into the summer months surrounding the release of the LP. They recently completed a tour supporting SACRED REICH, IRON REAGAN, and LEEWAY.