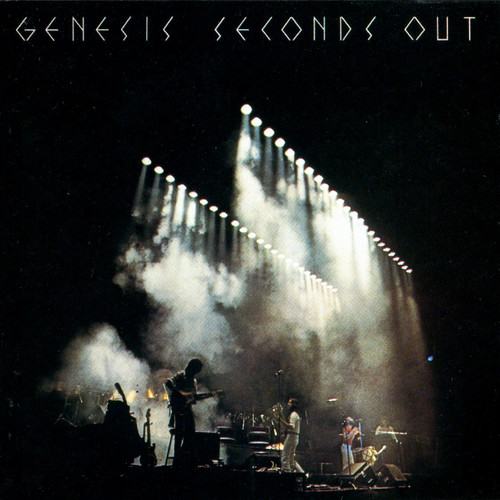 Double vinyl LP pressing. Seconds Out is the second live album from Genesis, released as a double album in October 1977 on Charisma Records. It is formed of recordings from their four dates at the Palais des Sports in Paris in June 1977 on their Wind & Wuthering Tour. Seconds Out reached #4 in the UK and #47 in the US. It's release coincided with the departure of guitarist Steve Hackett who left the group during the album's mixing stages, thus reducing Genesis to the core trio of keyboardist Tony Banks, guitarist Mike Rutherford, and drummer and singer Phil Collins.