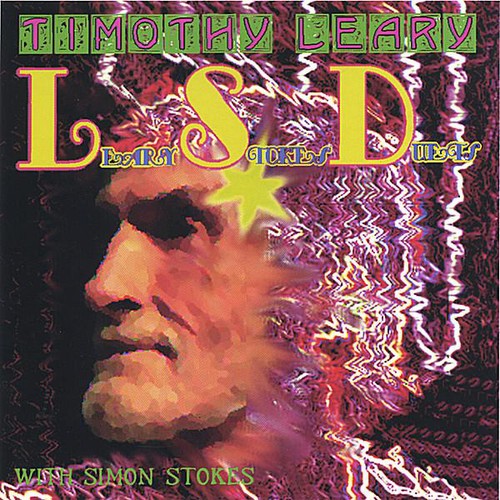 Lsd Leary Stokes Duets
Artist: Timothy Leary
Format: CD
New: Not on Hand, let us get it for you...
Wish

Dr. Timothy Leary & Bayard Johnson became friends in 1992 when Tim provided a blurb for Johnson\'s first novel, DAMNED RIGHT. Leary: \'I love this book, what do you want me to say? I give great blurb!\' Not long after, Tim heard a live recording of Johnson\'s eco-freak punk-folk band, MOTHER NATURE\'S ARMY. \'I dig this, the words matter, just like Dylan,\' said Tim. A year before Tim died, Johnson & his partner Simon Stokes played him some tracks off an album they were making with American Indian activist & actor Russell Means--the record which became THE RADICAL. After listening to Russell\'s hip hop-tinged NIXON\'S DEAD ASS, Tim mused, \'Tricky Dick did once call me the \'most dangerous man in America,\' but that wasn\'t really accurate...I tried, but I think he was exaggerating...\' As the last bars of Russell\'s WACO/THE WHITE MAN\'S WOUNDED KNEE crashed to silence, Tim reached for a brownie and mused, \'I\'d love to do something like this...\' and the race was on to record & complete an album before Tim had his ashes blasted off into orbit. Simon Stokes was already notorious for his work fronting THE BLACK WHIP THRILL BAND, whose MGM release was the first major-label album banned in the United States. According to Jello Biafra\'s HISTORY OF ROCK N\' ROLL, Stokes was responsible for \'the most hardcore biker music ever released on a major label.\' With the help of blistering guitarist Chris Pinnick (CHICAGO) and a host of other world-class musicians, LSD/Leary Stokes Duets was completed in time for Dr. Timmy to hear it all before tripping out to destinations unknown. You could try emailing Tim, but there\'s no saying when or how he\'ll reply. LSD/Leary Stokes Duets (originally released as RIGHT TO FLY) hit #1 on HIGH TIMES Magazine\'s \'Pot Ten\' list, and was written up in PULP Magazine as \'A final glimpse into the mind of a man who incited and outraged a nation.\'