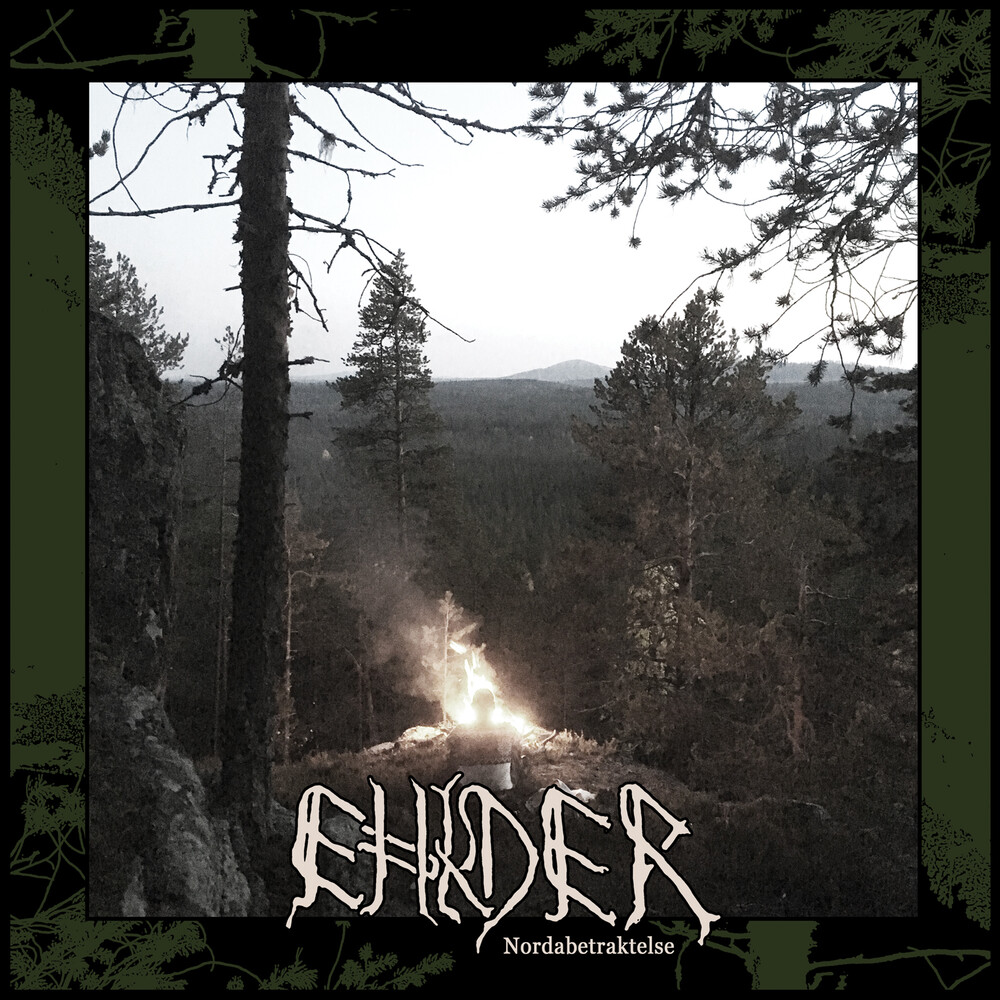 Although an otherwise-new entity, Ehlder's roots are nearly as old as the forests of their native Sweden: Ehlder is the latest creative face of the ever-prolific Graavehlder (formerly known as Graav), whose co-guided such cult entities as ARMAGEDDA, LĂ–NNDOM, and the recently resurrected LIK. As such, Nordabetraktelse bears Graavehlder's unmistakable magick - ancient, solemn, almost monastic. Black metal on the surface, but only barely; beneath that foundation, in the dirt and gravel and of the earth, exist a woodland mysticism and mesmerizing songcraft beyond compare. Put more directly and indirectly, as Graavehlder explains, what LĂ–NNDOM awoke has been passed on into the spirit of Ehlder, instilling the idea that there's always two ways to look upon a tree: you have the visible part above ground and then the part that isn't visible, which you know to exist, so you have to acknowledge them both without deceiving yourself. Proudly pagan in outlook, Ehlder has thus been forming itself for many years through adversities, through ancestors, through time and the idea of what lies ahead. In his estimation, Graavehlder has only borrowed tunes and words that've already been written in one way or another, but it's been interpreted into Ehlder and the band's first public recording, Nordabetraktelse. This is the platform for Ehlder to release the animal within, to hail the fire, animals, spirits, brothers and sisters, pride, family, and heritage. This is the old reborn anew.
This website uses cookies to personalize content and analyse traffic in order to offer you a better experience.
I accept Learn More
back to top