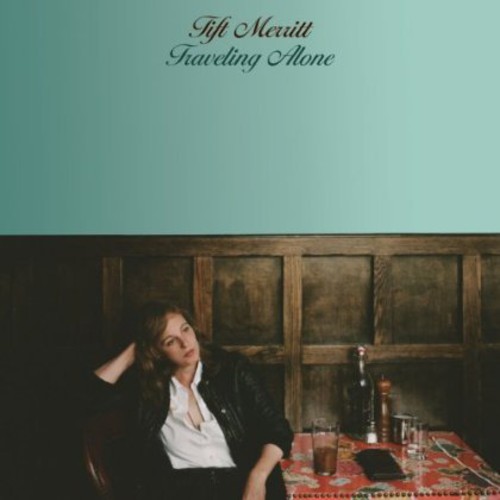 If Tift Merritt's body of work so far has shown anything, it's that she seems incapable of making an uninteresting or emotionally dishonest record, and she can work in a number of different ways and still sound like herself. Traveling Alone, Merritt's fifth studio album, was recorded in Brooklyn with producer Tucker Martine, and for these sessions, Merritt and her studio band cut the bulk of the material live in the studio, with a group of stellar accompanists including Marc Ribot on guitar, John Convertino on percussion, Eric Heywood on pedal steel, and Jay Brown on bass. The close interaction of the musicians is a large part of the sound of Traveling Alone -- hearing them kick into gear in the intro to "Still Not Home" is a thrill -- but despite having a band of top-flight players behind her, Merritt is very much the focus of Traveling Alone throughout, and she's in typically excellent form. The title cut is a bittersweet meditation on the joys of solitude, and much of Traveling Alone concerns itself with freedom and following one's own path, for better "To Myself" or for worse "Still Not Home", and Merritt's lyrics are eloquent with an artful touch that doesn't compromise their sincerity and direct focus, while her strong but elegant melodies are a fine match. As a vocalist, Merritt continues to go from strength to strength, and the purity of her instrument and the intelligence of her phrasing, as well her sure-footed musical instincts, suggest she's maturing into the Emmylou Harris of her generation. And with guest vocalist Andrew Bird doing his best Roy Orbison impression alongside Merritt's lead, "Drifted Apart" is the best ballad of broken hearts to appear so far in 2012. Traveling Alone feels more spontaneous and immediate than most of Tift Merritt's previous work, but it's no less beautiful or affecting for it, and it offers further evidence that Merritt is as good a singer/songwriter as anyone working the form these days. [Yep Roc Records released a deluxe expanded edition of Traveling Alone in the fall of 2013 that included an illustrated hardbound lyric book and a bonus disc of acoustic performances.]
This website uses cookies to personalize content and analyse traffic in order to offer you a better experience.
I accept Learn More
back to top