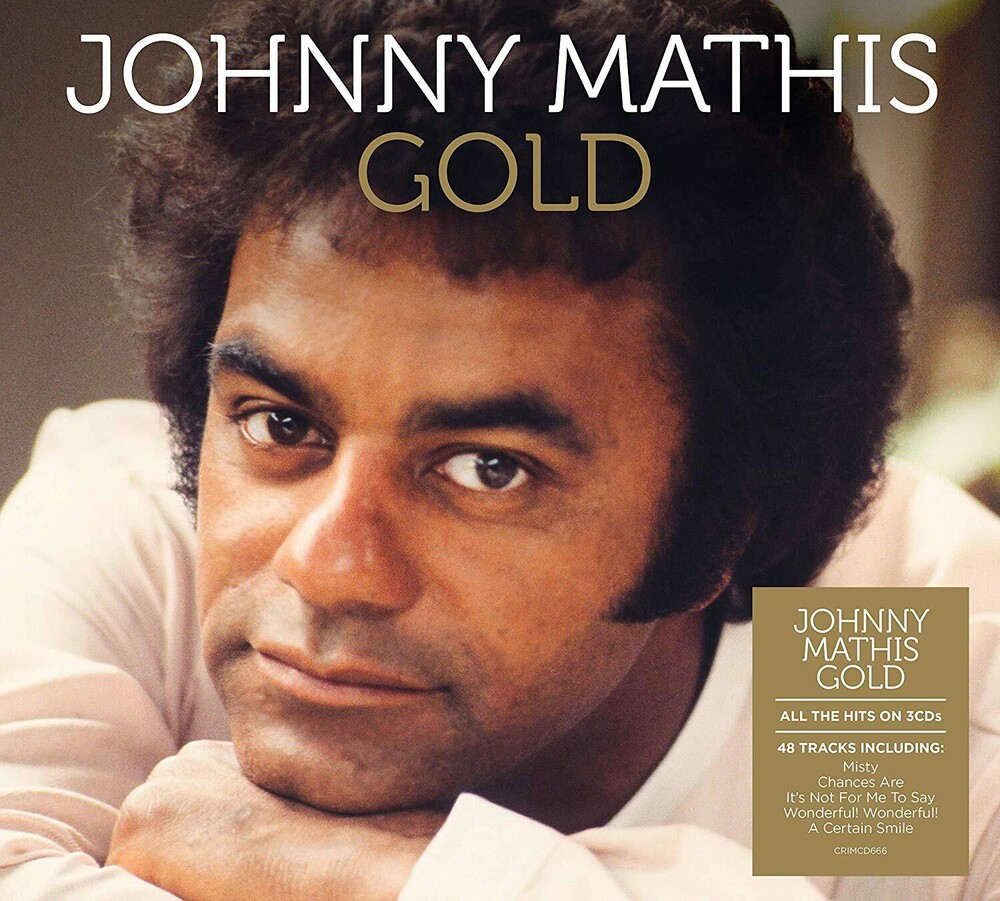 Three CD set. Johnny Mathis is the popular singer-songwriter who began his career with a string of hit singles before going on to achieve further success as an album artist, with dozens of his albums achieving gold or platinum status and an impressive 73 making the US Billboard charts. This definitive set features 49 tracks from across Mathis's career including all of the hits and fan favourites. CD One opens with Mathis's first UK hit 'A Certain Smile' and other early Johnny Mathis classics including 'My Love For You' (another UK top ten hit), 'Misty' and 'Wonderful! Wonderful!' recorded with Ray Conniff & His Orchestra. CD Two spotlights Johnny Mathis's career in the '70s with highlights including his duet with Deniece Williams 'Too Much, Too Little, Too Late' plus other singles from the period include 'Gone, Gone, Gone' which was yet another Top 20 hit in the UK for Mathis. CD Three rounds off the set with more classic tracks including 'Wild Is The Wind' which would later be covered by David Bowie. Mathis's takes on songs from the stage are also featured here with tracks including 'Maria' and 'How To Handle A Woman'. The disc ends with a song from Mathis's most recent studio album (Once Before I Go) which brings the set full circle.