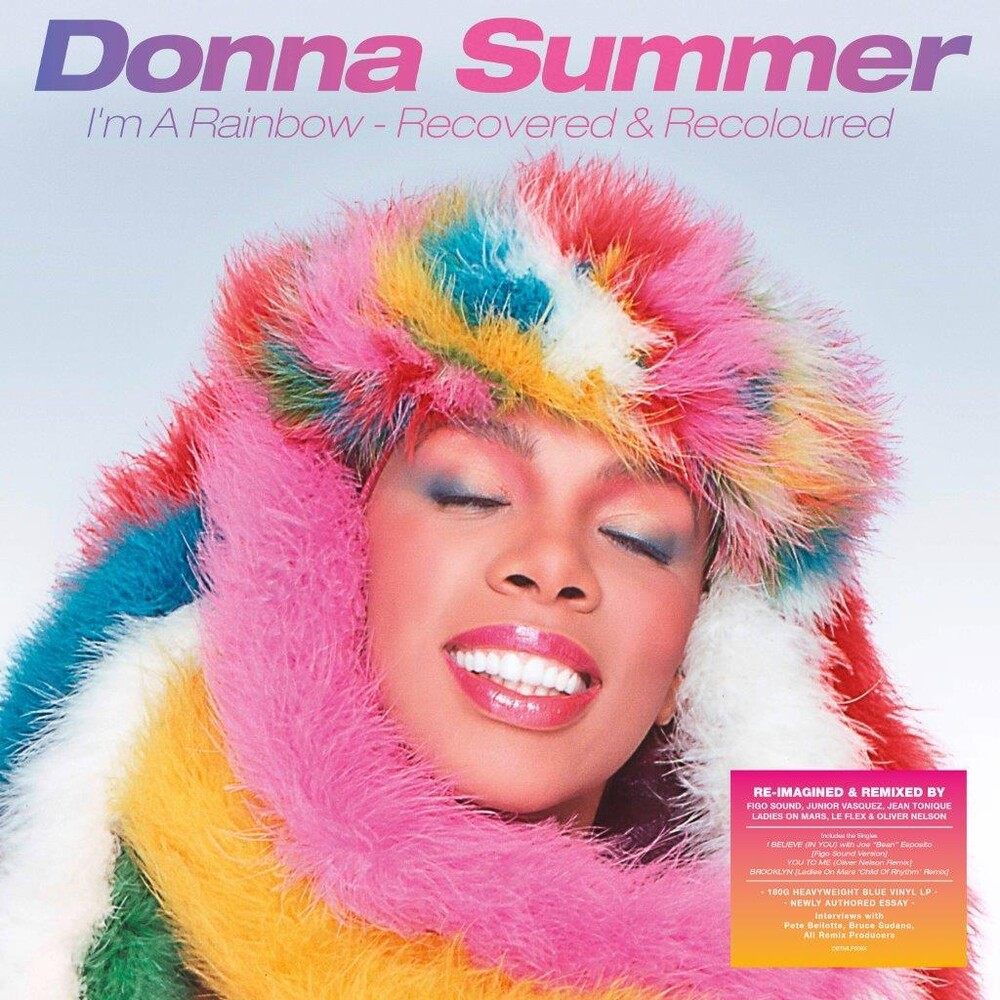 It's September 1981 and it's matter of weeks away from the release of 'I'm A RAINBOW', the second album Donna Summer had recorded for Geffen Records, which had also been produced by Giorgio Moroder and Pete Bellotte. At the time that the album was being recorded, the musical landscape had changed and production techniques were developing further. Geffen also wanted a more R&B-influenced album, despite the album having a more R&B feel than 'The Wanderer' had done. The songs and their lyrical content were very strong and Donna's voice had never sounded better, which was always a tough comparison against previous albums. A decision was taken by the label to withdraw 'I'm A RAINBOW' just prior to it's release. David Geffen then brought-in Quincy Jones to produce the next new album; 1982's 'Donna Summer'. 'I'm A RAINBOW' was eventually issued in 1996, as an 18-track CD, without the usual fanfare that heralded a 'new' Donna Summer album. A few tracks were familiar to Donna and non-Donna fans, as they had been released in the early 1980s; 'Highway Runner' ("Fast Times At Ridgemont High" OST) and 'Romeo' ("Flashdance" OST). "Flashdance" also included the ballad 'Lady, Lady, Lady' which was performed by original Brooklyn Dreams singer Joe "Bean" Esposito, who appears on the duet 'I Believe (In You)'. Fast-forward 40 years and 'I'm A RAINBOW' receives a fresh coat of paint, giving credence to the songs' great lyrics and compositions that they richly deserved at the time. 'I'm A RAINBOW - RECOVERED & RECOLOURED' has been slimmed-down to a compact 10-track album and completely re-imagined by a host of international producers, from North AND South America, Europe and Scandinavia. Junior Vasquez, Le Flex, Figo Sound, Jean Tonique, Ladies On Mars and Oliver Nelson - who has recently signed to Atlantic Records - have all added their touch. The album now has a thread running through it, with a sequence that sees the album open with the beautiful title track and builds throughout the album through soul and dance, ending with the high-octane 'girl power' statement track, 'Leave Me Alone [Ladies On Mars 'Independence' Remix]'.
back to top