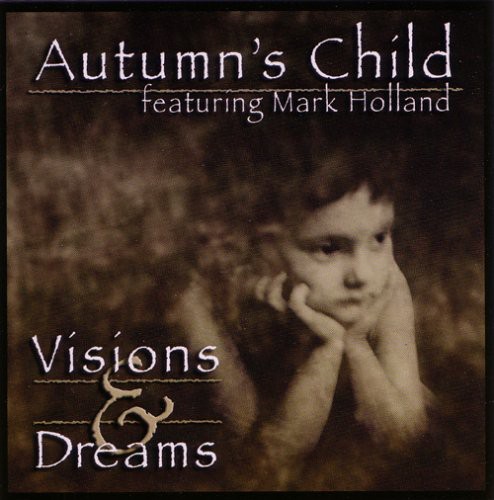 'Visions and Dreams' is the long awaited follow up to 'Progressive World'. Autumn's Child once again blends the native American flute with colorful instrumentation including: harp, cello, piano, guitar, percussion and more! The first half of the album was written with the 'global chamber' sound they have made popular and are so well known for. Sensuous melodies balanced with world music grooves. These arrangements are beautifully orchestrated and well crafted,using the particular instruments with specific purpose and intent that enhances and enriches the compositions. Music that is accessible and appeals to a variety of ages and all walks of life. The last four items feature a more jazzy influence with pieces like 'Open Sky' and the beautiful arrangement of 'Be Thou My Vision' to the reggae-ish groove, 'Patchouli Breeze'. This recording has amazed listeners at how these wood flutes can play so many different styles of music... and all on one CD! The 3 interludes offer abbreviated sonic markers with the native flute and a String Orchestra from Prague Czech Republic, licensed from an upcoming PBS documentary entitled, 'Redemption Road'. The opening 2 compositions are almost considered one... with 'Painting A Dream' played in a dreamy, lyrical style followed by 'Avenue Of The Villa', a bit more up tempo with tabla driving the piece. 'Midnight Rain' is an absolutely beautiful melodious piece with flute and cello weaving light in the darkness with incidental French horn lines adding to the mix with piano. 'Sketches Of Autumn' is sort of a bouncy shuffle that drifts into a lovely arrangement of Neil Young's 'After The Goldrush' arranged for native flute, cello and guitar. Also worthy of note for this recording is the use of the bamboo bansuri on 'An Angel's Whisper In A Bamboo Garden' as well as 'Sunlit Waterfall'. '...Bamboo Garden' is one of the most meditative, hypnotic pieces on the album. (hint: listen deep into the CD for an improvisation with bansuri and tabla) 'Visions and Dreams' is a prime example of what 'new directions' for the native American flute is all about! Autumn's Child continues to create new sonic territories with their creative approach of fusing different musical designs. New World Music â?oOne of the things I like best about Markâ?Ts work with Autumnâ?Ts Child is the instrumental variety and the creative manner in which it is employed throughout their work. The cool groove of the music is masterful. It has been attempted before, but Mark and his ensemble have nailed it with this recording. This recording pays musical homage to a variety of styles, ranging from contemplative to jazz to uplifting. Mark and his group really illustrate a true understanding of music and it's performance.Regardless of the musicâ?Ts style, Mark Holland can make the flute come alive. His style of playing is outstanding, with innovative use of articulation and effectual embellishments. In short, Mark can really wail on that wood stick. If you have only heard the Native American Flute in a traditional or solo context, you need to hear what Mark and Autumnâ?Ts Child can do.Visions & Dreams is an exceptional CD and it has my highest recommendation.' (excerpts of a review from Voice Of The Wind, Volume 4, 2005) by Dr. Kathleen Joyce - Grendahl, Executive Director of The International Native American Flute Association.