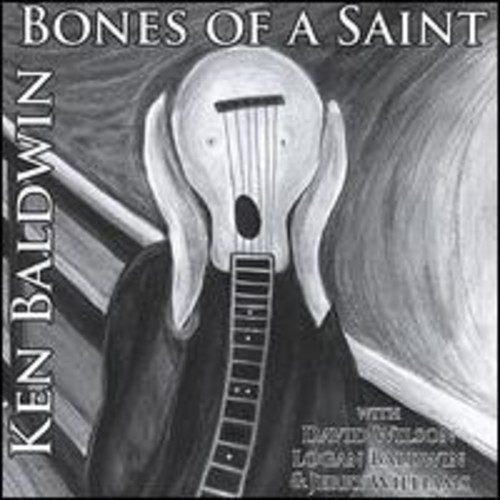 Ken Baldwin has been seriously performing since the 1990s after teaming up as a principle songwriter and guitarist with the Kentucky Standard Band, an acoustic string ensemble. The band performed in the music circles of Kentucky folk festivals and have produced several recording projects over the years. An overseas tour as Army Entertainment Director for the community of Hohenfels, Germany nudged Baldwin into taking a more upfront role as a solo performer upon returning to the States....and now back in Germany again. The collection of acoustic instrumentals for guitar was composed while in Europe and eventually recorded in Louisville, KY. It was released in 2006 as 'Bones of a Saint', his first solo project. Also a graphic artist, the compositions/arrangements reflect the use of space, color, design and values into the music. Plus the album cover art is a playful use of Edvard Munch's 'The Scream'. His son Logan is a gifted drummer with the Stationary Set located in New York City and also performed on the 'Bones' project. David Wilson provides a beautiful complement on violin/mandolin/cello with his own sweet touch. Jerry Williams was the producer. Portions of the proceeds go to the John Lovins Scholarship fund.