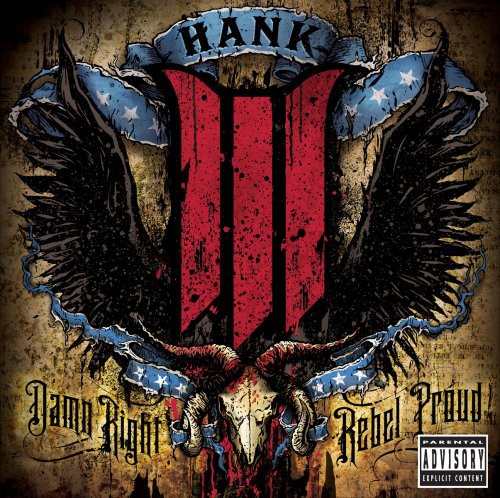 Damn Right Rebel Proud
Artist: Hank Williams 3
Format: CD
New: Not on Hand, let us get it for you...
Wish

A collection of thirteen original cuts penned by Williams -- guaranteed to please diehards and new recruits alike. To Williams, every record is a learning process, and Damn Right Rebel Proud is no exception. No other record comin' out of Nashville sounds like this."

''Damn Right, Rebel Proud'' is the fourth album released by Hank Williams III. It was released on October 21, 2008.

The album was released in two separate versions, one being a censored release for major retailers, the other is uncensored. While some songs on the album are pure country, songs like "Long Hauls & Close Calls", "P.F.F." (Punch Fight Fuck) and "H8 Line" have a very different sound than the other albums by III, featuring more of a rock sound.

The album is III's highest charting album yet, reaching at number 2 on the U.S Country Charts - Wikipedia