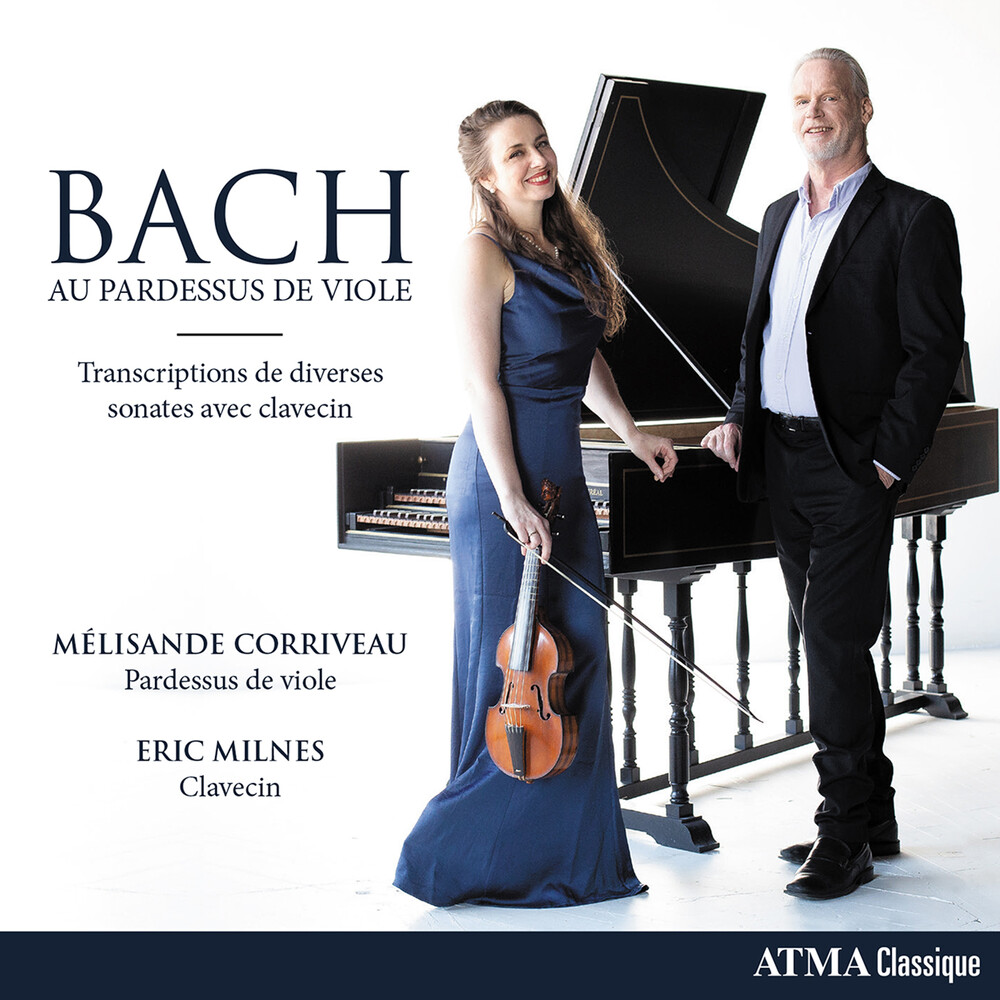 Given that Johann Sebastian Bach never wrote for "pardessus de viole", it's unlikely that he knew the instrument well. MĂ©lisande Corriveau (pardessus de viole) and Eric Milnes (harpsichord) revisit various of the composer's sonatas in the rare but no less authentic colors of the pardessus de viole. This French instrument from the viol family was invented at the end of the 17th century to compete with a newcomer in chamber music, the violin. MĂ©lisande Corriveauis equally at ease with the Baroque cello, recorders, and the viola da gamba as she is with the pardessus de viole. In 2014, she obtained a doctorate with honors in performance on the instrument from the UniversitĂ© de MontrĂ©al, becoming one of the few people in the world specializing in the pardessus de viole."MĂ©lisande Corriveau belongs to a new generation of players bringing formidable performing skills and knowledge of period practices."(Gramophone)Conductor, harpsichordist and organist Eric Milnes has established a solid reputation for his performances in numerous festivals and concert series in the Americas, Europe and Asia. He has been hailed by critics everywhere as one of the most dynamic and original musicians of his generation. Eric Milnes' complete discography contains over 50 albums as conductor, harpsichordist and organist. He has also undertaken the recording of Bach's sacred cantatas for ATMA Classique.
back to top