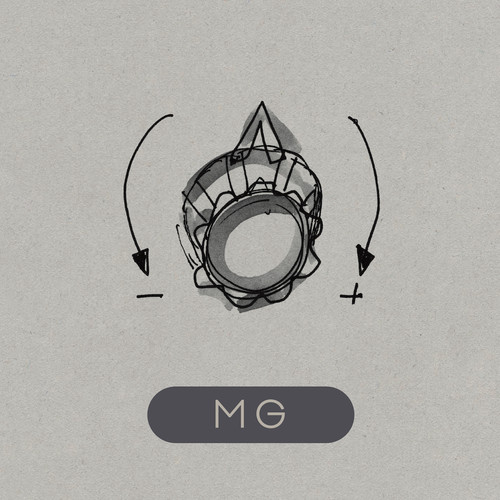 VINYL FORMAT, 2xLP + CD. MG is a new instrumental album from Martin Gore. As one of the founding members of Depeche Mode, his work now spans over three decades with combined sales of over 100 million records worldwide.

MG sees Martin returning to his solo career for the first time since 2003’s Counterfeit2. However, in reality, it should be seen as a continuation following on from Martin’s collaboration with fellow Depeche Mode founder (and founding Erasure member) Vince Clarke on VCMG’s critically acclaimed SSSS (released in 2012). The new album, MG, sees Martin Gore further develop his love, passion and respect for electronic music. In a recent interview, Martin described the creation of the album : “I wanted to keep the music very electronic, very filmic and give it an almost sci-fi like quality”.

The sixteen tracks on MG were written and produced by Martin Gore with mixing and additional production by Q, the alter ego of Californian producer Überzone.