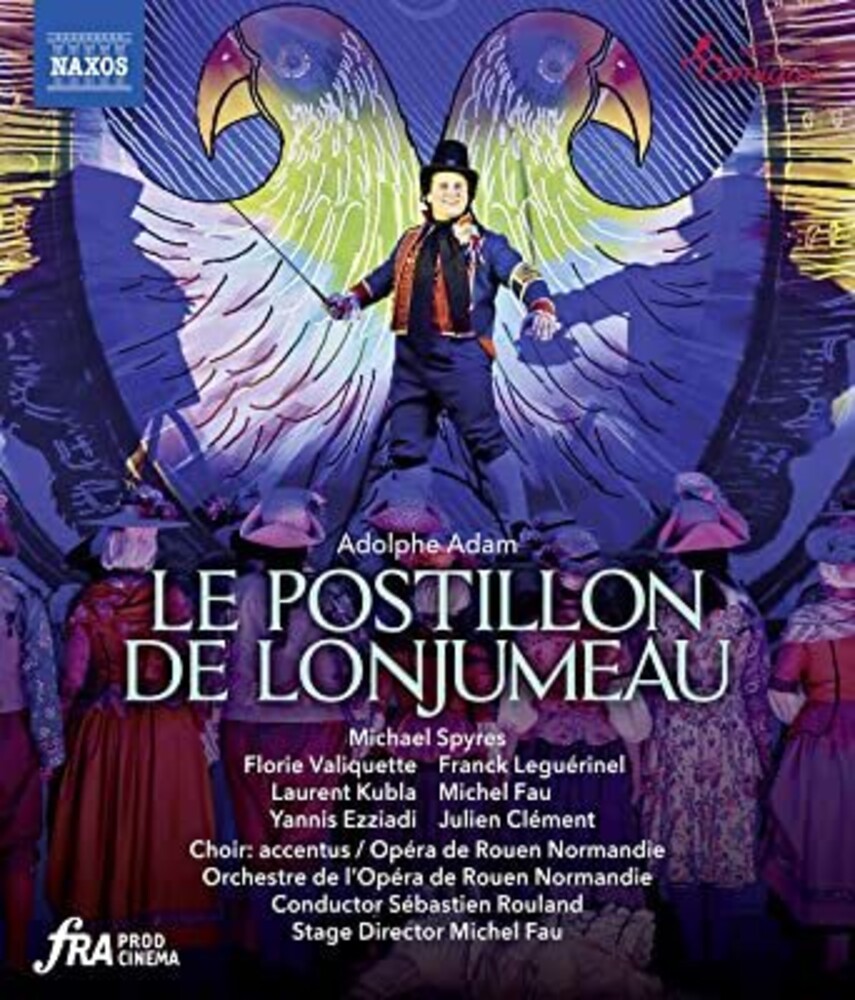 Adolphe Adam's Le Postillon de Lonjumeau was a great success at it's premiere in 1836, and, along with the ballet Giselle, has remained one of the composer's most popular works. Following the great French tradition, this opéra-comique has it all: 18th century Rococo Parisian glamour and a perilous love story involving the dashing and flirtatious Chapelou and his opposite, the powerful and clever Madeleine. This lavish and spectacular production from the Opéra Comique in Paris received widespread critical acclaim and also features costumes by the iconic French fashion designer Christian Lacroix.