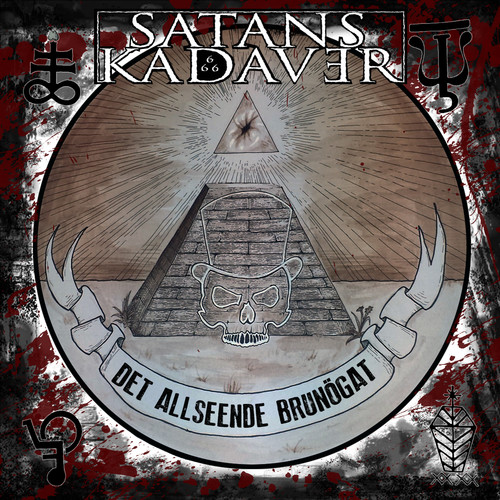 2016 release from the punk and metal influenced band from Uppsala, Sweden. Inspired by everything from extraterrestrial autoeroticism to supernatural sex and wet dreams from the depths of the sea, Satans Kadaver has created their own sound. The band's musical influences are rooted in everything from classic punk to today's more extreme manifestation of evil and alienation. Satan Kadaver was formed back in 2006 to the tune of Ulf Lundells cracked, old man's voice. A putrid wind, sprung from a distant concert, carried with them the music that inspired the band's birth. The music started to take form and in the chemical mists of anguish transformed Satans Kadaver to what it is today. The present incarnation of the band has been around since 2015 and consists of Johan "Il Campione Grasso" Persson on vocals, Ogge "Pepper snake" Bergstrom on guitar, Jonas "Der Hinterknallen Kid" Fridh on another guitar, Mats "McMac McMac" Ceder on bass guitar and Teddy "Dr. Grawg" MĂ¶ller on drums. To the sound of chanting voices and wolfs howl, the band recorded their debut album, Det allseende brunĂ¶gat, during the winter of 2016.
back to top