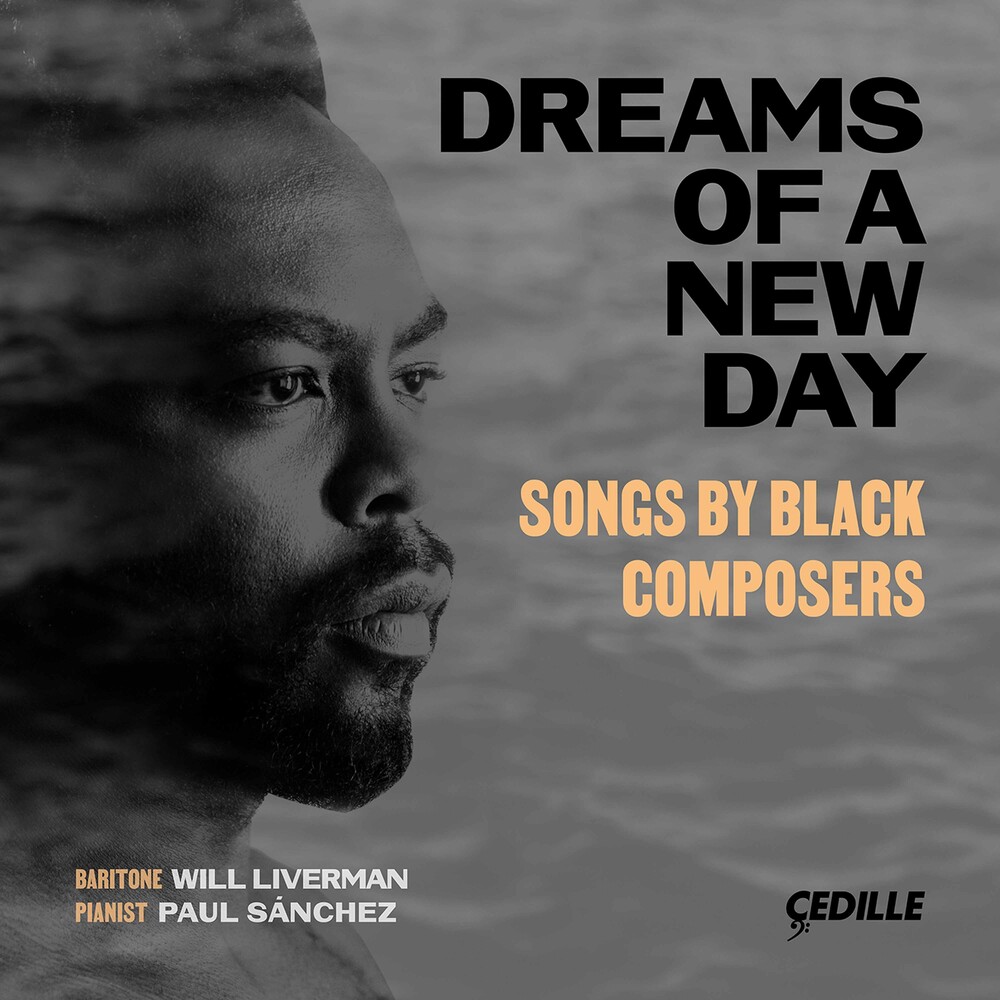 Dreams of a New Day: Songs by Black Composers
Artist: Will Liverman
Format: CD
New: Not on Hand, let us get it for you...
Wish

Fast-rising American operatic baritone Will Liverman, tapped for major roles at principal opera houses across the country, makes his Cedille Records debut as a featured artist with Dreams of a New Day, an intimate, heartfelt recital he calls "a passion project... years in the making." Praised for his "unique combination of eloquence and unpretentiousness" (Opera News), Liverman has assembled a program of songs that portray the trials, tribulations, and triumphs of the African American experience through poignant texts and expressive musical settings. His new album, with pianist Paul Sanchez, highlights Black composers across generations, from early 20th-century pioneers Henry Burleigh, Margaret Bonds, and Thomas Kerr to Robert Owens, Leslie Adams, and contemporary composers Damien Sneed and Shawn E. Okpebholo. Liverman commissioned Okpebholo's Two Black Churches, which he recently performed to great acclaim at his Kennedy Center recital in conjunction with his winning the 2020 Marian Anderson Vocal Award. The Washington Post review called the set "absolutely devastating, and one of the most beautiful pieces of music I've heard all year." This is it's world-premiere recording. "One of the most versatile singing artists performing today" (Bachtrack), Liverman concludes the album with his own powerful arrangement of American folk singer-songwriter Richard Fariña's "Birmingham Sunday." Dreams of a New Day was recorded by the multiple-Grammy-nominated team of producer James Ginsburg and engineer Bill Maylone.