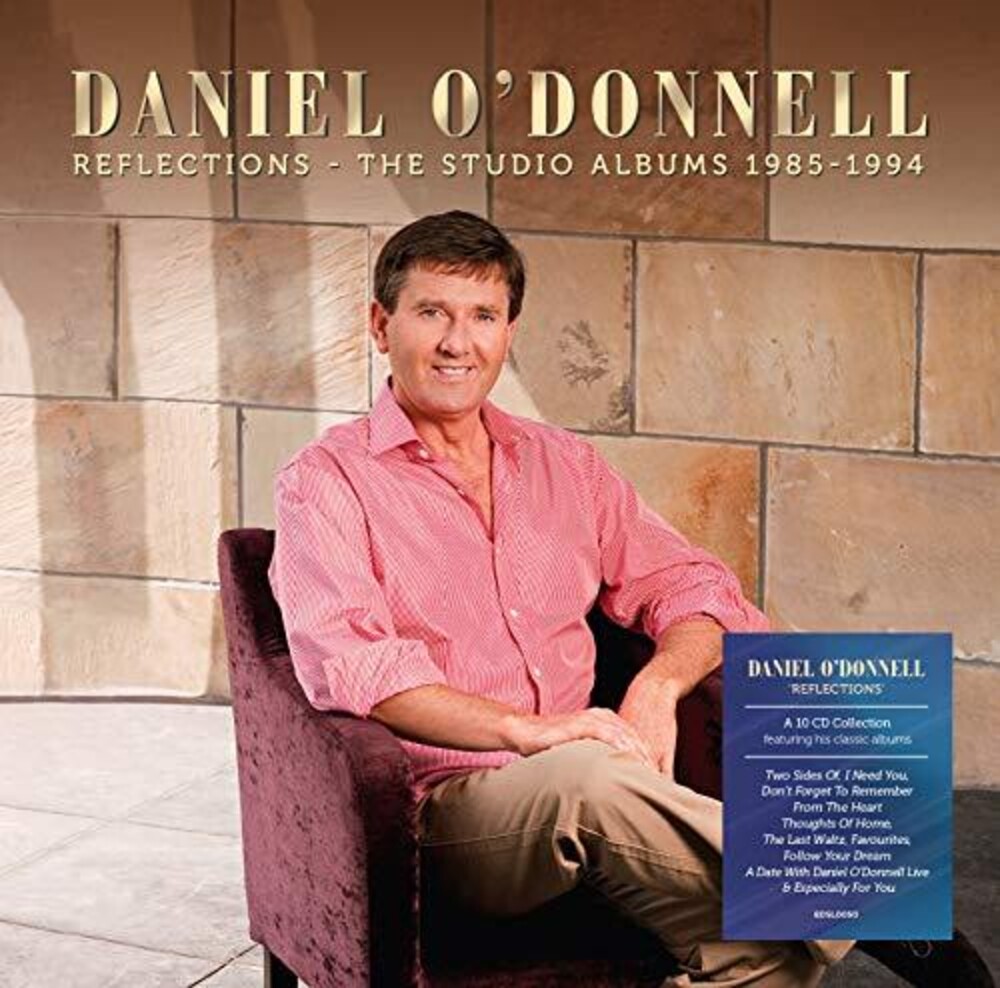 Limited 10 CD set. Daniel O'Donnell's recording career has now spanned almost 35 years and he continues to delight fans around the world by his recording and touring activities. Daniel is the UK chart's most prolific and one of the most successful recording artists. Earlier in 2019, he broke his own world record, by becoming the first recording artist to chart at least one new album every year in the artist albums chart for 32 consecutive years. To celebrate Daniel's achievements, this box set contains Daniel's first 10 albums - Two Sides Of (1985), I Need You (1986), Don't Forget To Remember (1987), From The Heart (1988), Thoughts Of Home (1989), The Last Waltz (1990), Favourites (1990), Follow Your Dream (1992), A Date With Daniel Live (1993) and Especially For You (1994) - presented in a beautifully packaged box. All of the albums are contained within their own replica mini-sleeved wallet and comes with a CD booklet, detailing all of the tracks included on the ten albums. A wonderful gift for anyone!