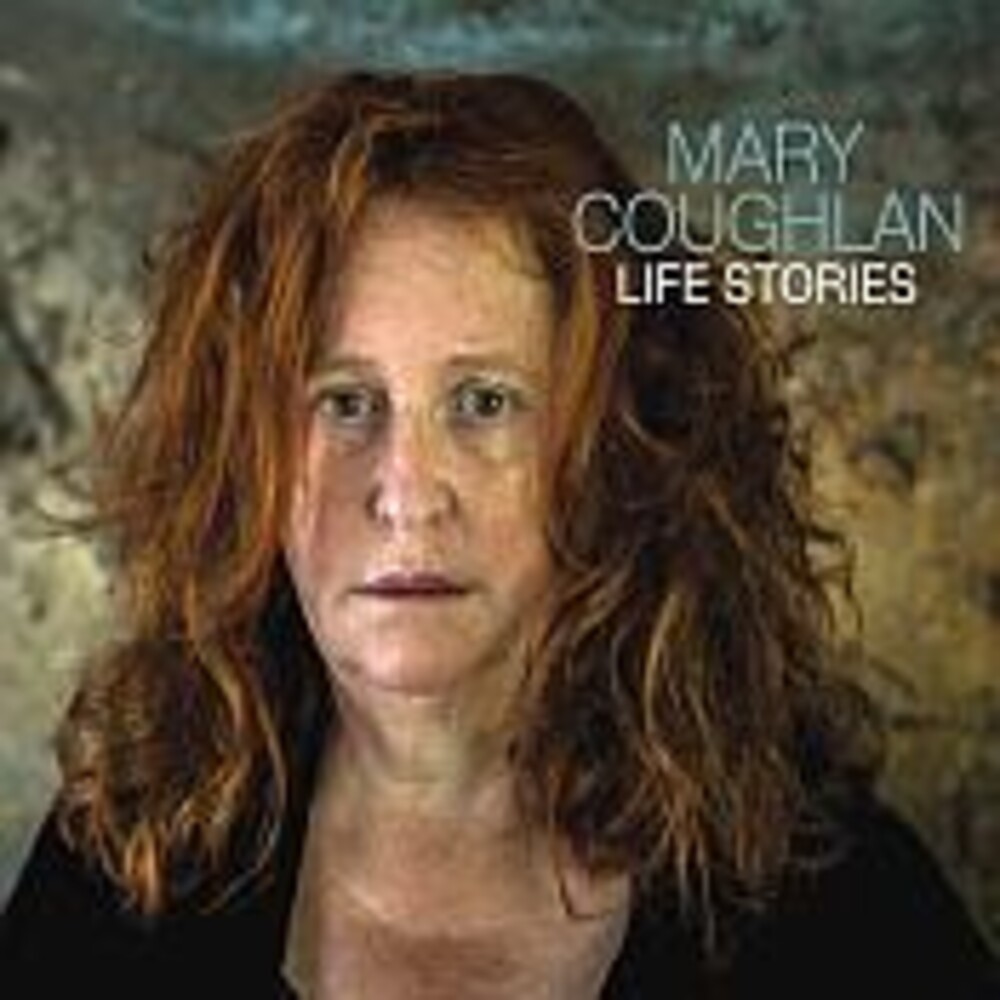 The new studio album from Irish jazz, blues and folk singer and actress Mary Coughlan, who has received great acclaim, particularly in her native Ireland where she is considered musical royalty, for her emotional and heartfelt renditions. The new album, "Life Stories" was mostly written and recorded by Pete Glenister and Mary at No Name Studio in London in the summer of 2019 and finished in February 2020. Mary Coughlan is arguably the greatest female singer to have emerged from Ireland in recent times, the equivalent of lrish vocal royalty. The word 'legend' is not one to be used lightly, but in this case is entirely appropriate. "Dubbed as Ireland's Billie Holiday, Mary is a jazz and blues singer whose life story gives weight to the truth that the best singers are the ones with the most painful lives" (The Guardian). Whether you're into folk, blues or jazz, you can't fail to be moved by the emotional depth, expression and power in her voice, forged from an extraordinary life. Mary has carved out a timeless and highly regarded career with a legion of devoted fans worldwide. To hear Mary sing is truly to be at the core of the human heart. Since her first album 'Tired and Emotional' rocketed her to overnight fame in 1985, she has recorded 15 further solo albums, most recently the searing song cycle ' Scars on the Calendar' with Erik Visser. She has sold out some of the UK's most prestigious venues and has toured the US, Australia, New Zealand, Europe and Scandinavia. Throughout 30 years of her quite extraordinary life and recording career, Mary has drawn heavily from her legendary heroes: the grievous, teary outpourings of Billie Holiday (to whom she devoted a double album of her songs), the husky flirtations of Peggy Lee, Van Morrison's soulful wails and the defiant chanteusery of Edith Piaf. All are present and correct in her delivery. Even so, Mary, with her naked honesty makes every song her own; they belong to her and nobody else. There is no hint of manufactured, derivative or homogenised music in Mary's repertoire. This is the real thing, sung from the depths of a woman's heart and soul, a survivor who (to paraphrase Leonard Cohen's famous words) "was born with the gift of a golden voice". In June 2020, in recognition of Mary's achievements and immense impact on the culture and arts community in Galway City, the Mayor, Mike Cubbard presented her with a 2020 lifetime achievement award.
This website uses cookies to personalize content and analyse traffic in order to offer you a better experience.
I accept Learn More
back to top