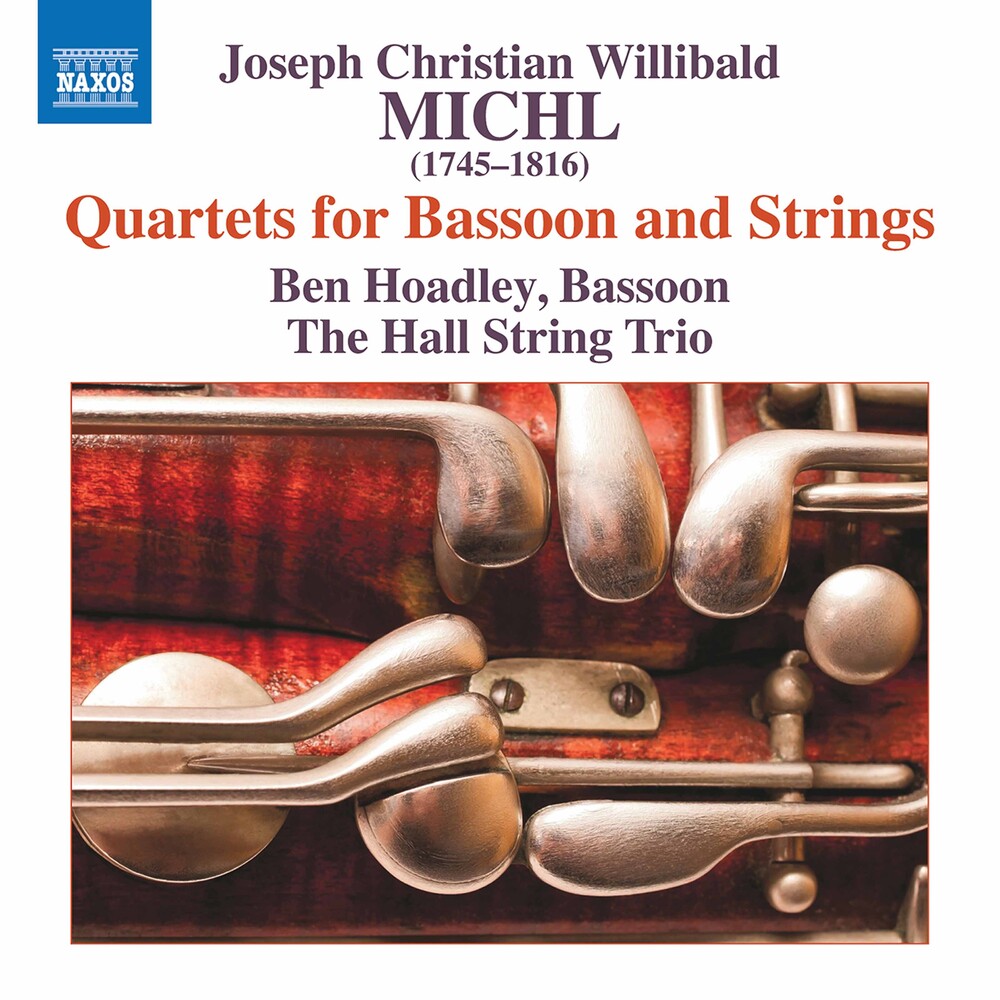 Quartets For Bassoon & Strings
Artist: Ben Hoadley
Format: CD
New: Not on Hand, let us get it for you...
Wish

Upon hearing a chamber piece by Joseph Michl in Munich in 1772 the English composer and music historian Charles Burney wrote, 'I hardly ever heard a composition that discovered more genius and invention.' Even though Michl achieved success writing for the operatic stage and his contemporary reputation rested on his sacred works, the Bassoon Quartets present the epitome of urbane sophistication - elegantly constructed and full of imaginative detail - and at times resembling miniature concertos. Ben Hoadley is one of Australasia's finest bassoonists, performing on modern and historical instruments. He is also an award-winning composer whose works are performed and recorded internationally. Hoadley has appeared frequently as guest principal with many of the professional orchestras in both Australia and New Zealand, and as a recital and concerto soloist and chamber musician. His special interest in music by New Zealand composers has led to many collaborations in the creation of new music for bassoon. The Hall String Trio (Lara, Amalia and Callum Hall) are siblings from Auckland, New Zealand who have performed together extensively since childhood, primarily as a string quartet with their brother Elroy. Continued performances together have included duos, trios and collaborations with non-family members.