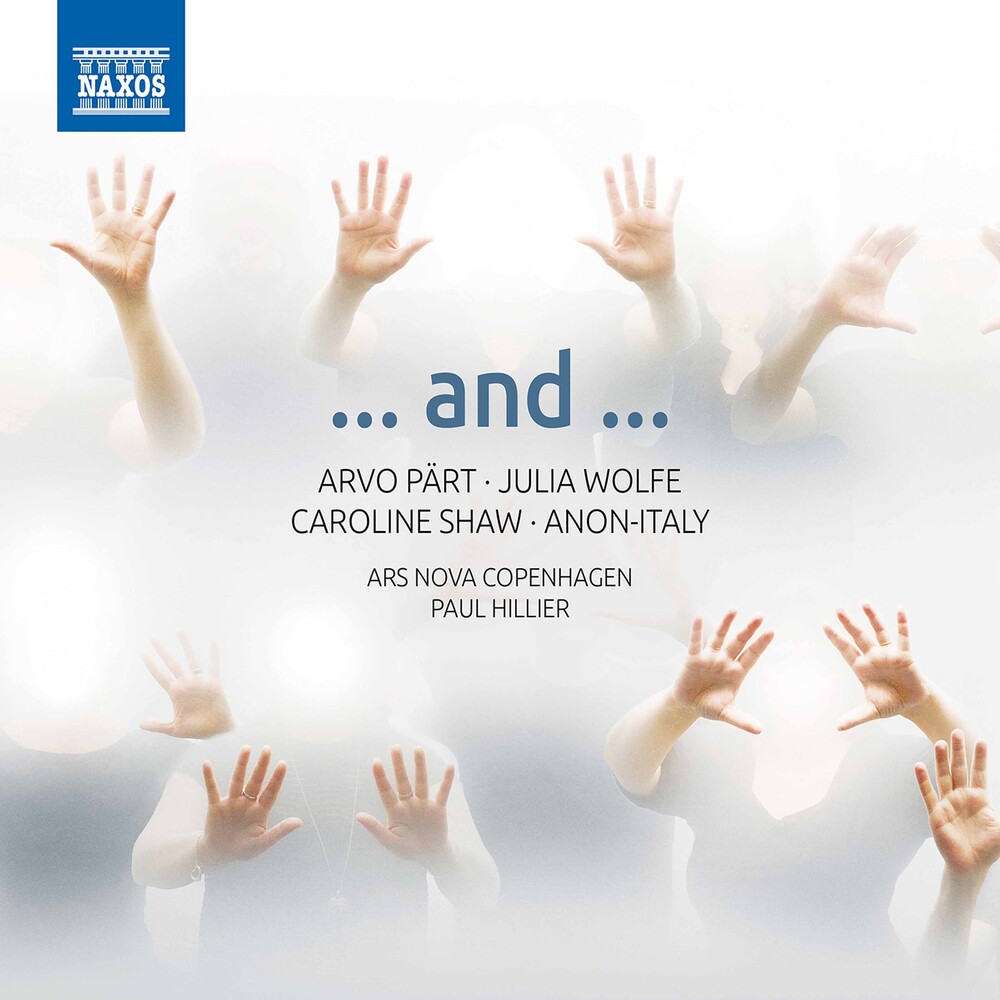 ... and... a collection of sacred music by Arvo Pärt, Julia Wolfe, Caroline Shaw, interspersed with songs from the Laudario di Cortona, Italy. ARS NOVACopenhagen was founded in 1979 and is widely recognized as one of the world's finest vocal ensembles. The ensemble's chief conductor and artistic director since 2003 is the acclaimed British conductor Paul Hillier. The ensemble specializes in the interpretation of the polyphonic choral music of the renaissance and new vocal music. Ars Nova is also building collaborations with creative artists in different fields such as drama, film, and ballet, as well as cultivating new modes of concert performance and innovative repertoire. The group's performances are marked with precision and nerve and with a sound that attracts attention worldwide. With an annual concert season in Denmark, numerous concerts in the rest of Europe and recurring tours worldwide, the group is now more in demand than ever.