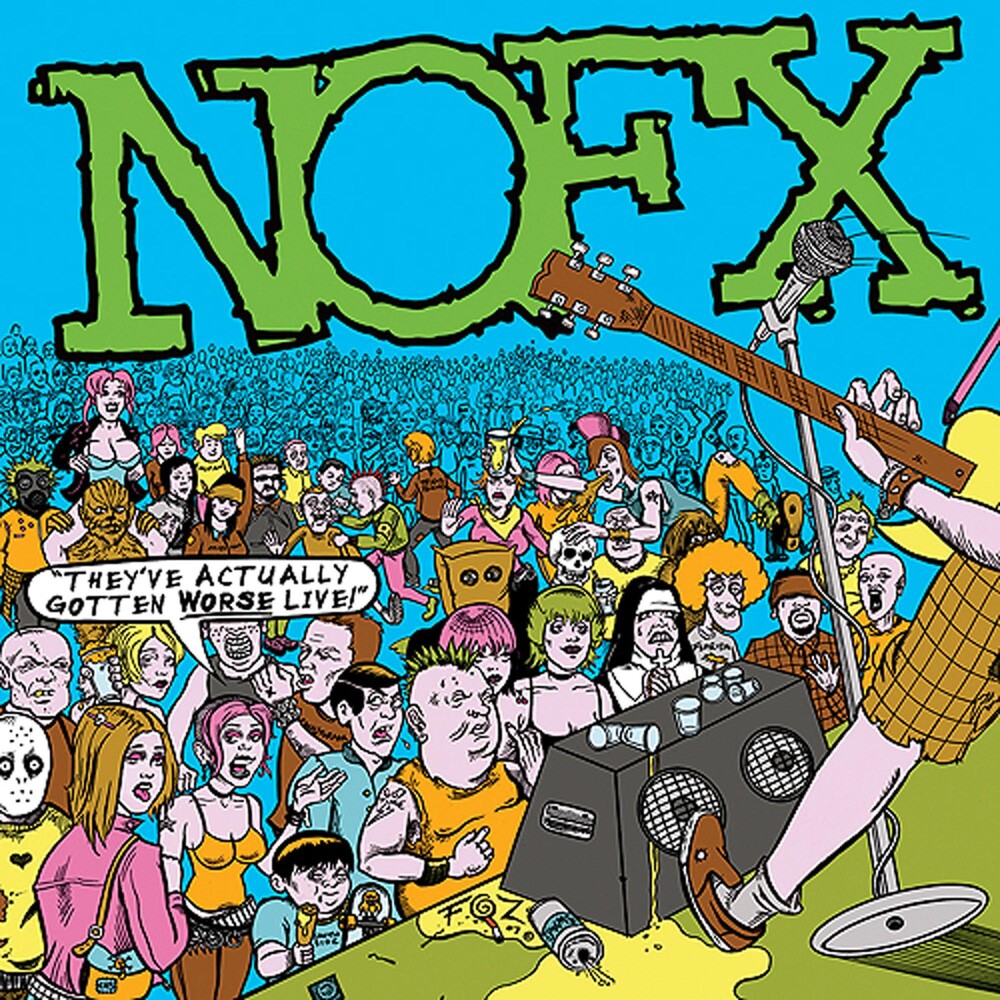 They've Actually Gotten Worse Live
Artist: NOFX
Format: CD
New: Not on Hand, let us get it for you...
Wish

Back in January, NOFX booked 3 nights of talking mixed with the occasion song at Slim's in San Francisco and recorded a live record. It's their sloppiest, drunkest, funniest, best sounding recording ever with new versions of old songs, rare songs and they even made sure not to play any songs off their 1995 live album, I HEARD THEY SUCK LIVE. THEY'VE ACTUALLY GOTTEN WORSE LIVE makes the walk of shame into record stores now.

''They've Actually Got Worse Live!'' is a live album by punk rock band NOFX. The album is their second live recording, following their 1995 album ''I Heard They Suck Live!!''

On September 26, 2007, the band posted a bulletin from their MySpace profile with the following regarding the album:

On October 3, 2007 the band released the track listing for the album, which includes many rarities and alternate versions of previously released songs. On November 12, the band released previews of two songs, "You're Wrong" and "Lori Meyers," for download on their MySpace profile. - Wikipedia