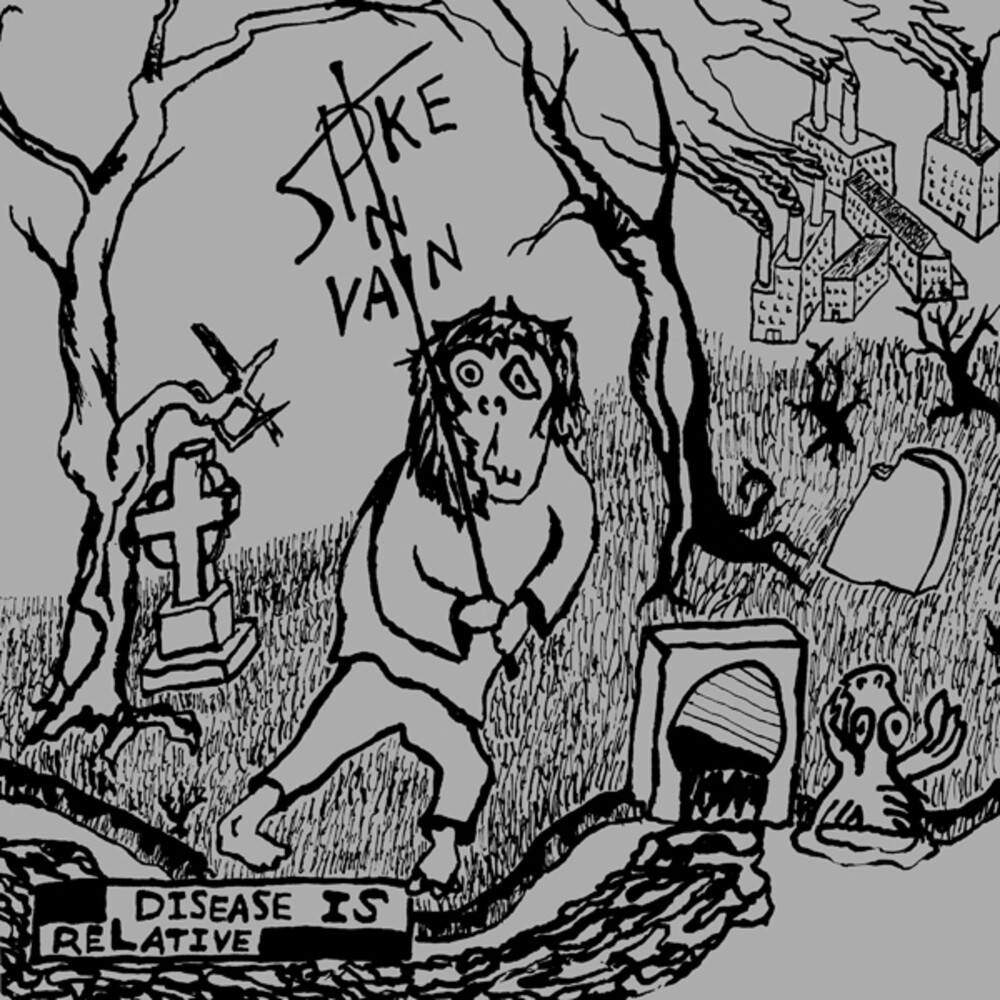 The cover art by the band's Chris Marec tells nearly everything one needs to know about this album: a misshapen, CHUD-like figure wanders in a graveyard bearing a cross, while a mutated fish flops in a polluted ditch and a clutch of factories belch their smoke above it all. The message of the illustration is not to frighten or warn, but to celebrate and admire.Originally released in January of 1984, Disease Is Relative is an unapologetic and wholesale embrace of death, disease, and dystopia, with liberal doses of absurdism and an unrelenting devotion to anything unexpected, chromatic, or evil sounding. Sporting influences as diverse as no wave, death rock, funk, post-punk, hardcore, metal, and prog rock, this music somehow happened in the midst of a first wave hardcore scene, before there was a "post-" to be "post" of. Less surprising is that this happened in Cleveland, which also inspired a desire to recreate the feeling of the city's post-industrial desolation in sound. There's also some epic screaming and crazy guitar playing.The album features three songwriters (brothers Andrew & Chris Marec, Robert Griffin), who also divide guitar, bass, and vocals equally between themselves here. Drummer Bruce Allen is the secret weapon, and provides a clue to what a young Bill Bruford might have done in a band like this. And yet, beyond all odds, the end result is cohesive, cathartic, and utterly idiomatic. The distinct vibe of the album, and it's sheer quantity of killer riffs, songs and performances have made it an album that people have championed over time, while others have come to know it through the interwebs as a result.