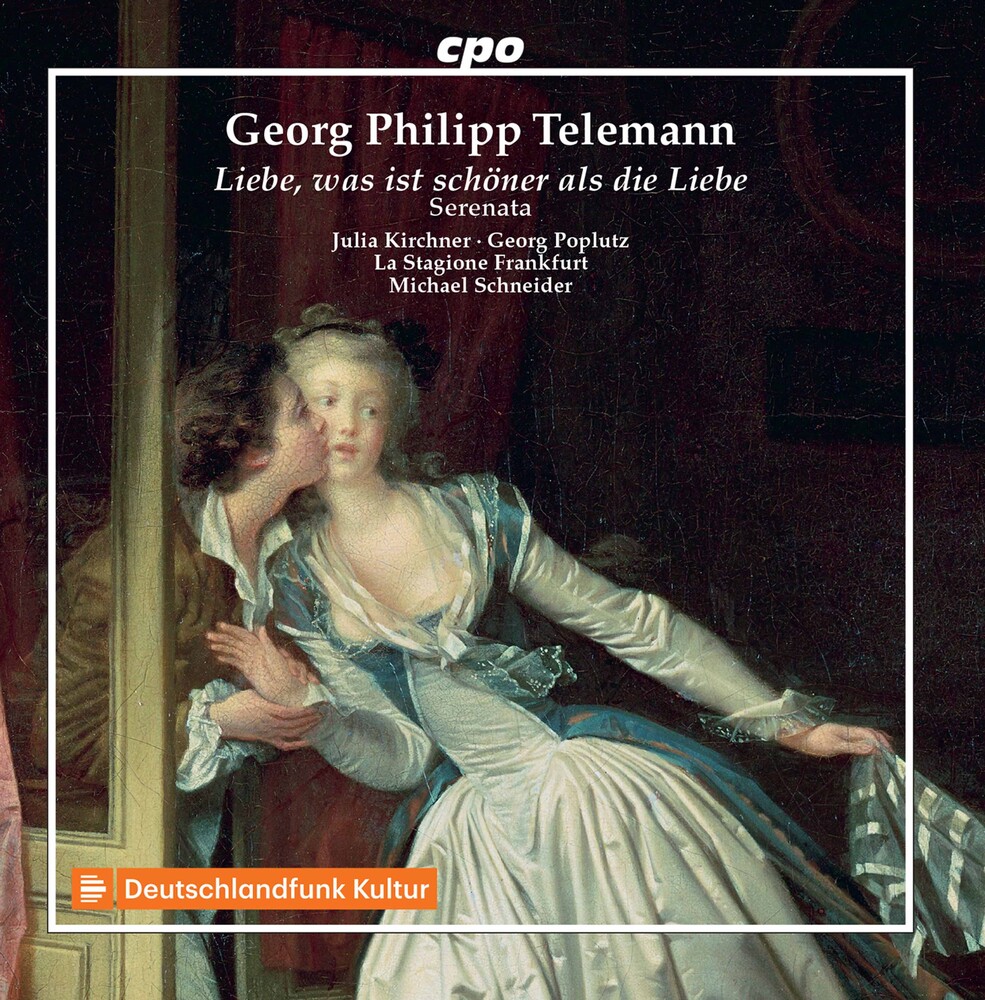 Telemann's Wedding Serenata Georg Philipp Telemann never missed the opportunity to delight those around him with countless compositions treating the subject of love and it's consequences. The origins of his enormous achievement in this field are certainly to be sought in his personal disposition: in his exuberant joy in composition, combined with an open, optimistic attitude in his dealings with his environment, which in his works not rarely revealed his roguish sense of humor. And so he above all was very much in demand as a composer of wedding pieces. The texts of the wedding serenata Â»Liebe, was ist schĂ¶ner als die LiebeÂ« undeniably exhibit mirthful exuberance and belong to the most original and wittiest musical creations of all by this composer. The serenata has the form of a disputatio, a dramatic dialogue in which an advocate of marriage (Ametas, soprano) and a skeptic (Crito, tenor) are in disagreement about the usefulness of the institution of marriage. The album also includes the solo cantata "Lieben will ich," in which the imponderables of love are celebrated in witty free texts, and the cantata "Der Weiberorden," which quite clearly was composed in conjunction with a wedding feast and in lighter tones enables to join the young bride in joyous anticipation of her future married life.
back to top