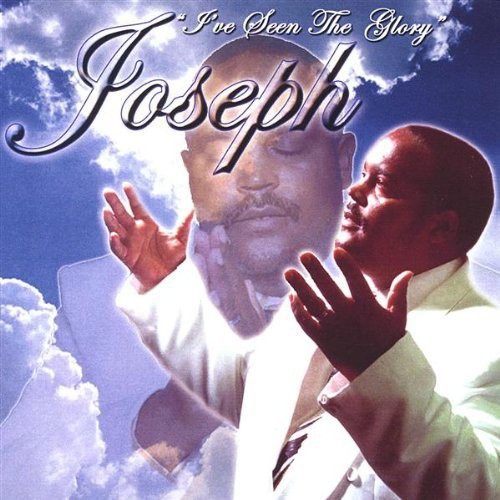 Ive Seen The Glory
Artist: Joseph
Format: CD
New: Not on Hand, let us get it for you...
Wish

Joseph Jordan has been saved since 1989. His birth into the body of Christ took place at Greater Grace Worship Center where his Pastor is Bishop David C. Foster Sr. His ambition while growing up has always been to sing. He knew he was gifted to sing. Before receiving the Lord as Lord and savior he tried many avenues in a singing career. It had already been prophesied to Joseph that he would be saved and that the Lord would use him in ministry. His desire now is to be clothed with the breastplate of righteousness and to serve the Lord with a sincere heart,. Wherever the Lord sends him, he will go and what ever the Lord says to do, he will do. Joseph was the leader of the recording group 'Step Of Faith' recorded the album 'Giving My All To You Lord' now has a solo CD entitled 'Joseph, I've Seen The Glory' who's title song was inspired by Evangelist A. Thomson. Joseph is a praise and worship leader at Greater Grace Worship Center in the city of Sacramento, where the Pastor is Bishop David C Foster Jr. Joseph has ministered in song for various programs, concerts and fundraisers in the city of Sacramento, Bay area, Southern California, Michigan, Chicago, Illinois (shy town) and St Louise, MI and abroad. Joseph loves the Lord and desires to please Him. He is a powerhouse vocalist; his voice is gifted of the Lord to heal the broken hearted. He is a songwriter and arranger anointed and appointed of the Lord. Joseph, like the Biblical Joseph is a dreamer, he is one who has many spiritual experiences. Joseph has been given many dreams and visions since called to serve God many years ago and just as the biblical Joseph was lifted to victory, so shall Joseph. God Bless You.