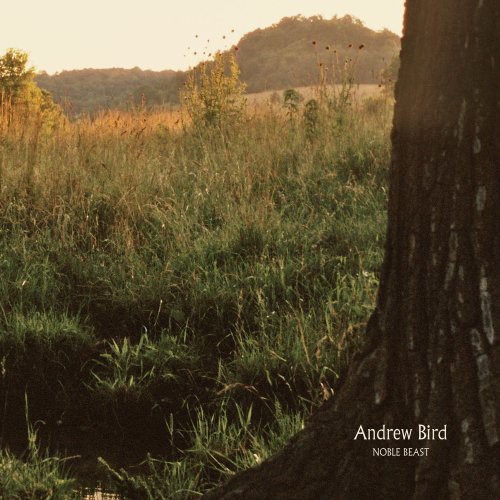 Though classically trained, Bird has instead opted to play his violin in a most unconventional manner, accompanying himself on glockenspiel and guitar, adding singing and whistling to the equation, and becoming a pop songwriter in the process. Andrew Bird's Noble Beast will be released January 20 on Fat Possum Records.

''Noble Beast'' is American singer-songwriter Andrew Bird's fifth solo studio album released on January 20, 2009. Two songs from this album were previewed on his webpage, "Oh No" and "Carrion Suite", while the entire album was made available by NPR as a streaming feed. ''Noble Beast'' was made available as a standard CD release, a special limited-edition deluxe two-CD package and a double-gatefold double-LP package. - Wikipedia