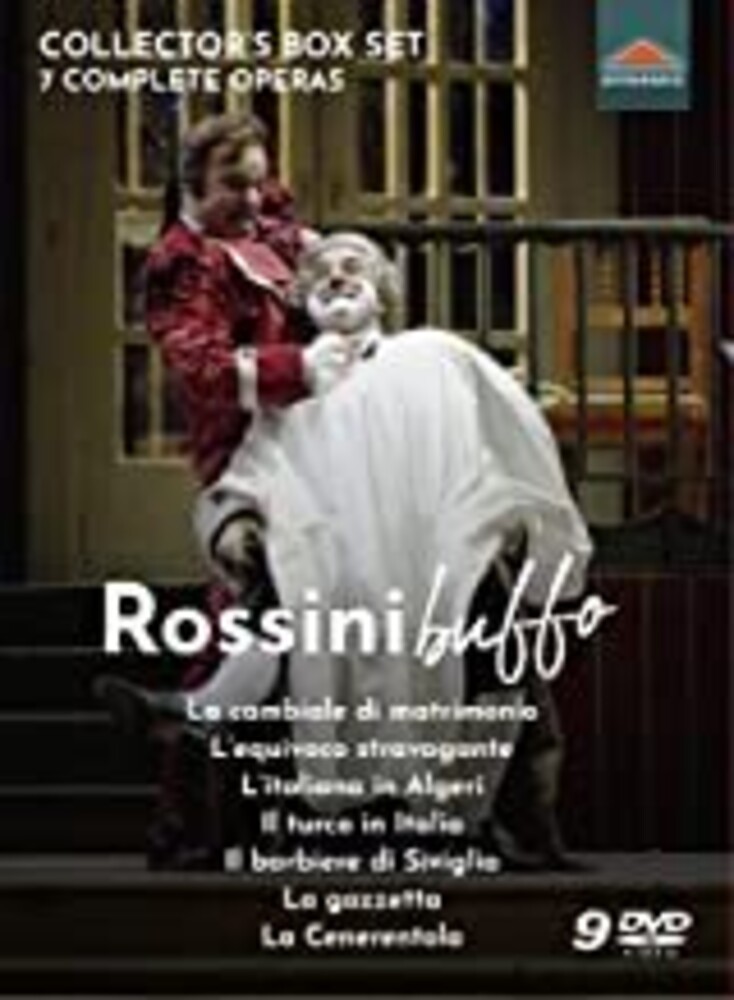 Rossini had a truly explosive effect when, at the age of eighteen, his comic one-act farce La cambiale di matrimonio was staged at the San Moisé theatre in Venice, on the evening of November 3rd, 1810. From that moment, Rossini's career would be a series of masterpieces, with triumphs and flops. It was in the comic genre that he achieved his greatest successes, with works such as L'Italiana in Algeri (1813), Il Turco in Italia (1814), Il barbiere di Siviglia (1816), and Cenerentola in 1817, which was Rossini's last great comic work in the traditional sense. Between 1817 and 1819, year of that Guillaume Tell that prematurely cut short his operatic career, Rossini composed fifteen serious operas and only three comic ones; but he had already given his best in his incomparable youth, with the four incredible masterpieces that are in this box set. In this set DYNAMIC assembles some of the most famous opera buffa by Rossini, played by great performers, conductors and directors, including some rarely performed works such La Gazzetta, L'Equivoco stravagante, La Cambiale di matrimonio.