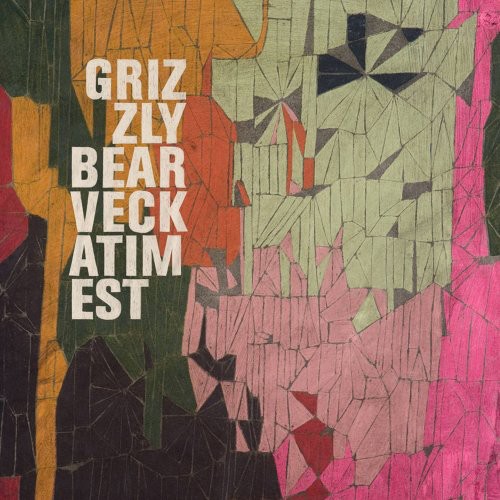 There is an unbelievable clarity of sound and vision to Veckatimest: vocals (a duty shared by all band members) are sharper and more complex, arrangements are tighter, production is more venturous and lyrics more affecting. Having opened the creative dialogue at such an early stage, Grizzly Bear was able to realize these 12 songs together as a band, making it their most collaboratively compositional album to date.

''Veckatimest'' is the third full-length studio album by American indie rock band Grizzly Bear, released on May 26, 2009 on Warp. The album is named after a small island in Dukes County, Massachusetts. Upon release, ''Veckatimest'' was greeted with widespread critical acclaim, currently holding a score of 85 at aggregate critic review site, MetaCritic. The album is generally viewed by critics as a large step forward for Grizzly Bear in regards to partial genre-blending, musical complexity and experimentation.

Both "While You Wait for the Others" and "Two Weeks" appeared in Pitchfork Media's ''Top 500 Tracks of the 2000s'', ranking at #334 and #162 respectively. The album was ranked #42 on their list of the decade's top 200 albums. Rhapsody called it the 8th best album of 2009. Official music videos have been produced for "Two Weeks", "While You Wait for the Others", and "Ready, Able". Veckatimest was also voted Stereogum's 2nd best album of 2009. - Wikipedia

Grizzly Bear released Yellow House in 2006. It was a slow, steady and stunning ride, and given the album s otherworldly charm and staying power, it s hard to believe three years have gone by.

That might seem like a long time. But given Grizzly Bear s hectic touring schedule, including stints with Radiohead, TV On The Radio and Feist as well as several performances during a five-night tribute to Paul Simon at the Brooklyn Academy of Music, a co-headlining show with the L.A. Philharmonic, and the release of Friend, a 10-song EP of re-recorded and re-worked songs, collaborations and covers all this seems reasonable. They ve been busy.

But about a year ago, singer/songwriter Ed Droste, drummer Christopher Bear, woodwinds player/bassist Chris Taylor and singer/songwriter/guitarist Daniel Rossen who s other band, Department of Eagles, released the sublime In Ear Park last fall began passing demos around, and working together creatively in different pairs and permutations. A few months later they set off with producer/engineer Chris Taylor s mobile recording rig to begin the recording process for Veckatimest, which would unfold over the next six months in three very singular locations. And in many ways, it is the recording process that reveals this record each space catalyzing different interactions, inspirations, and ultimately, songs.

In July, the band spent three weeks at the Glen Tonche house in upstate New York. Though still finding their feet, much of the album s groundwork was laid there. After breaking briefly for the Radiohead tour in August, the band convened at a house on Cape Cod, graciously provided by Droste s grandmother, where they re-addressed and solidified the compositions they d started at Glen Tonche. Lastly, Grizzly Bear came home, to a church in NYC, to fine-tune and complete the album named Veckatimest after a tiny, uninhabited island on Cape Cod that the band visited and was inspired by, particularly liking its Native American name. Artist William O'Brien created Veckatimest s colorful, hand drawn artwork a perfect compliment to the album s enigmatic title.

There is an unbelievable clarity of sound and vision to Veckatimest: vocals (a duty shared by all band members) are sharper and more complex, arrangements are tighter, production is more venturous and lyrics more affecting. Having opened the creative dialogue at such an early stage, Grizzly Bear was able to realize these 12 songs together as a band, making it their most collaboratively compositional album to date.
This yielded an unexpected mix of material that feels more confident, mature, focused and most of all, dynamic. From songs like 'Dory' (a gracefully psychedelic, ever-evolving work),'Ready Able' (a synth-y opus, and one of four songs that boasts string arrangements by composer Nico Muhly) and 'Foreground' (a plaintive, vocal-driven send-off, and one of two songs to feature choral arrangements also by Muhly) to more resounding pop songs like 'Two Weeks' (an other-worldly doo wop featuring backing vocals from Beach House s Victoria LeGrand) and 'While You Wait For the Others' (a triumphant and melodically cacophonous pop masterpiece), Veckatimest is an album of the highest highs and lowest lows an unbelievably diverse collection of songs that celebrates the strength of each band member, and the power of the whole. It was well worth the wait.

Will there ever be a North American Radiohead? The Arcade Fire and the National have laid pretty strong claims to the (nonexistent) throne with daring, transcendent albums and live shows, but perhaps this Brooklyn quartet is on the fast track. Sophomore album Yellow House was roundly regarded as album of the year material, and Vekatimist, recorded in the Catskills by the band’s Chris Taylor, should take GB’s psych-folk to new critical and commercial heights.