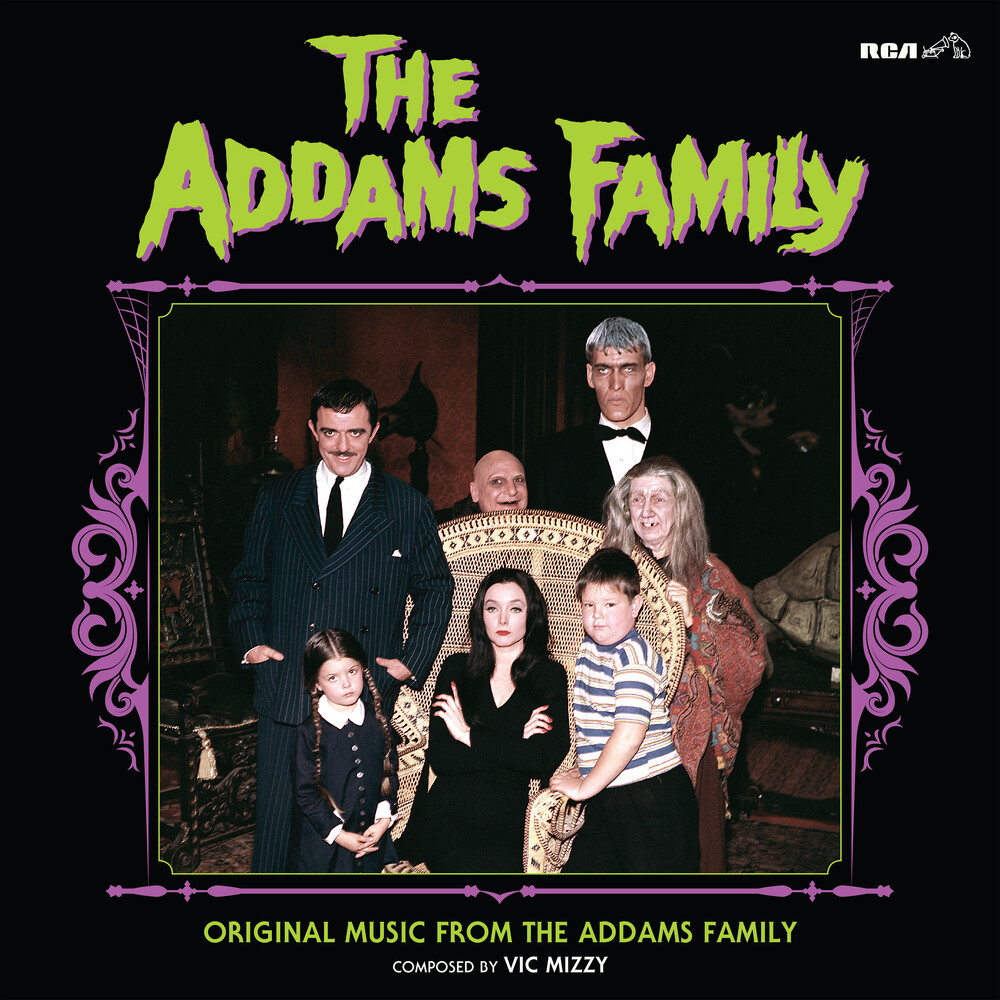 Original Music From The Addams Family (Blk) (Grn)
Artist: Vic Mizzy Blk Grn Ltd
Format: Vinyl
New: Not on Hand, let us get it for you...
Wish

Having only been reissued once since it's original 1965 release, this iconic collection of music from one of Hollywood's most beloved families has been out of print on vinyl for over 30 years. Reanimated in a deluxe package and lovingly remastered, The Addams Family: Original Music From the Addams Family album by original series composer Vic Mizzy sees the light of day once again, this time including the vocal version of the The Addams Family Main Title Theme not included on the original release. They're creepy and they're kooky, Mysterious and spooky, They're all together ooky, The Addams Family. These immortal lyrics, first penned by composer Vic Mizzy in 1964, are indelibly etched in the psyche of America and of pop culture fans the world over, and rightfully so. The Addams Family was inspired by the popular, un-named cartoon series by artist Charles Addams that originally appeared in the pages of The New Yorker, Collier's and TV Guide throughout the 1940's and 50's, Although the series, like it's popular counterpart The Munsters, only ran for two seasons from 1964 to 1966 for a total of 64 episodes, it has remained in syndication and at the forefront of popular culture for over 50 years, spawning an animated series, two feature films, several books and a dizzying array of merchandise for kids of all ages.