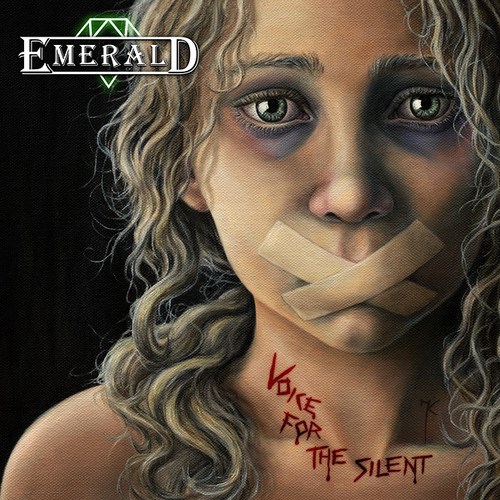 2017 release, the long-awaited comeback album by these veterans of the Dutch heavy metal scene, a band formed in 1985 (but active under the name Warrior from 1979 to 1984). Fully analog recording, engineering and mastering, resulting in great warm old school sound. Produced by the renowned producer and former Enigma Records owner Ron Goudie (Cirith Ungol, Stryper, Death Angel, Gwar, Coven, Wrath...). The Dutch heavy metal scene of the '80s has given birth to many jewels, and one of them was the debut LP Emerald. It was the only album from the band until now, when their long-awaited comeback finally sees the light of day. A 32-year gap between the albums is huge... Many bands fail to revive their spirit, but Emerald fans have nothing to fear: the record sounds as if it was a "lost" gem from the '80s! The songwriting hasn't changed (actually many of these songs were written soon after the debut was out), and Bert Kivits' vocals still have this incredible youthful energy and feel, though now they're smoother, not as extremely high-pitched and shrill as back in the day. The production is also totally old school - the fully analogue recording, engineering and mastering resulted in great warm sound, which will be for sure appreciated by the fans.