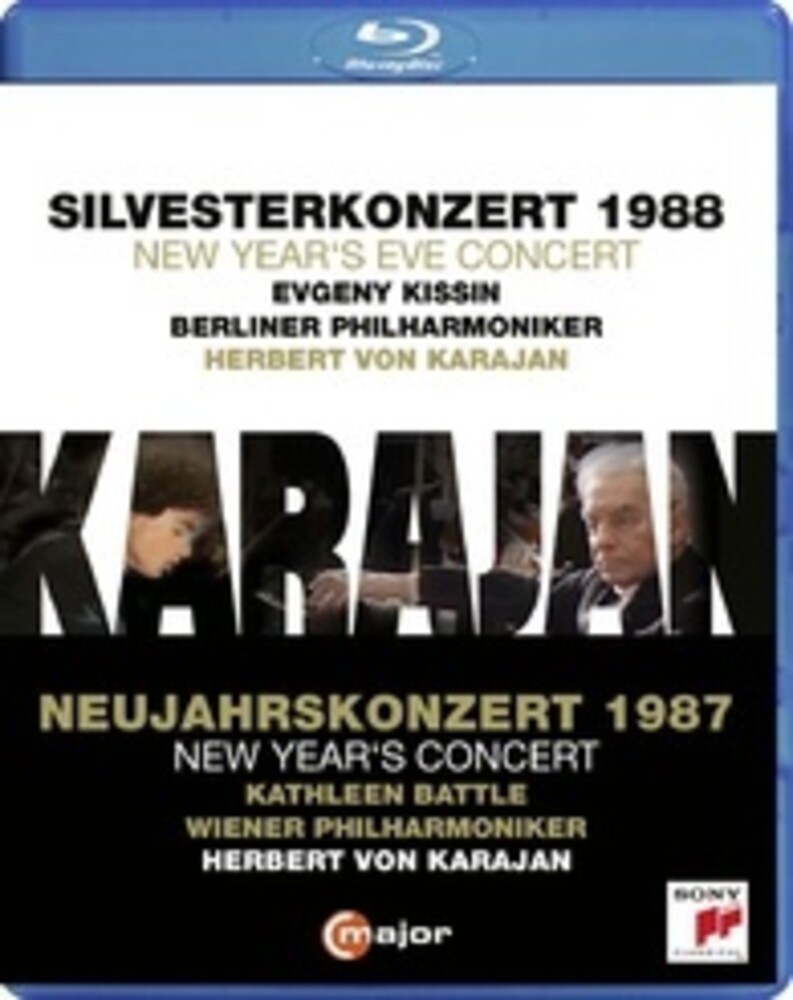 The New Year's Eve Concert 1988 was one of the last concerts that Herbert von Karajan gave with the Berliner Philharmoniker in Berlin. For this concert he invited the 17 year old Evgeny Kissin to his debut with the orchestra. After the concert the press did raving reviews about Kissin's musicality and technical skills and he proves till today that he is one of the best pianists of our time. The New Year's Concert from the Golden Hall of the Musikverein Vienna with the Wiener Philharmoniker is always one of the best-selling classical albums each year. In 1987 Herbert von Karajan conducted his only performance of the New Year's Concert performing famous pieces from Johann Strauss I, Johann Strauss II and Josef Strauss. As soloist in one piece you can hear the legendary soprano Kathleen Battle.
back to top