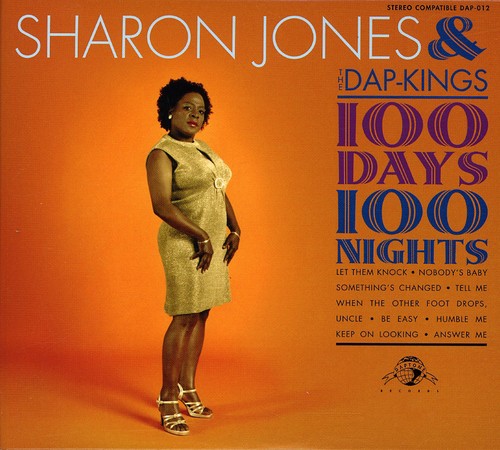 ''100 Days, 100 Nights'' is the third full-length studio album by American funk band Sharon Jones & The Dap-Kings. It was released on Daptone Records on October 2, 2007.

On the vinyl pressing of the album, Side One has the message "This is a hit!" written in the matrix, or the run-off groove. This is a reference to James Brown and what he had said during the recording sessions for "Papa's Got A Brand New Bag" (as heard on the ''Star Time'' box set). Side Two of the album honors Brown with the message "For the Godfather".

The CD pressing of the album includes a promotional bonus disc of selected material from the Daptone Records catalog, presented as a radio program. - Wikipedia