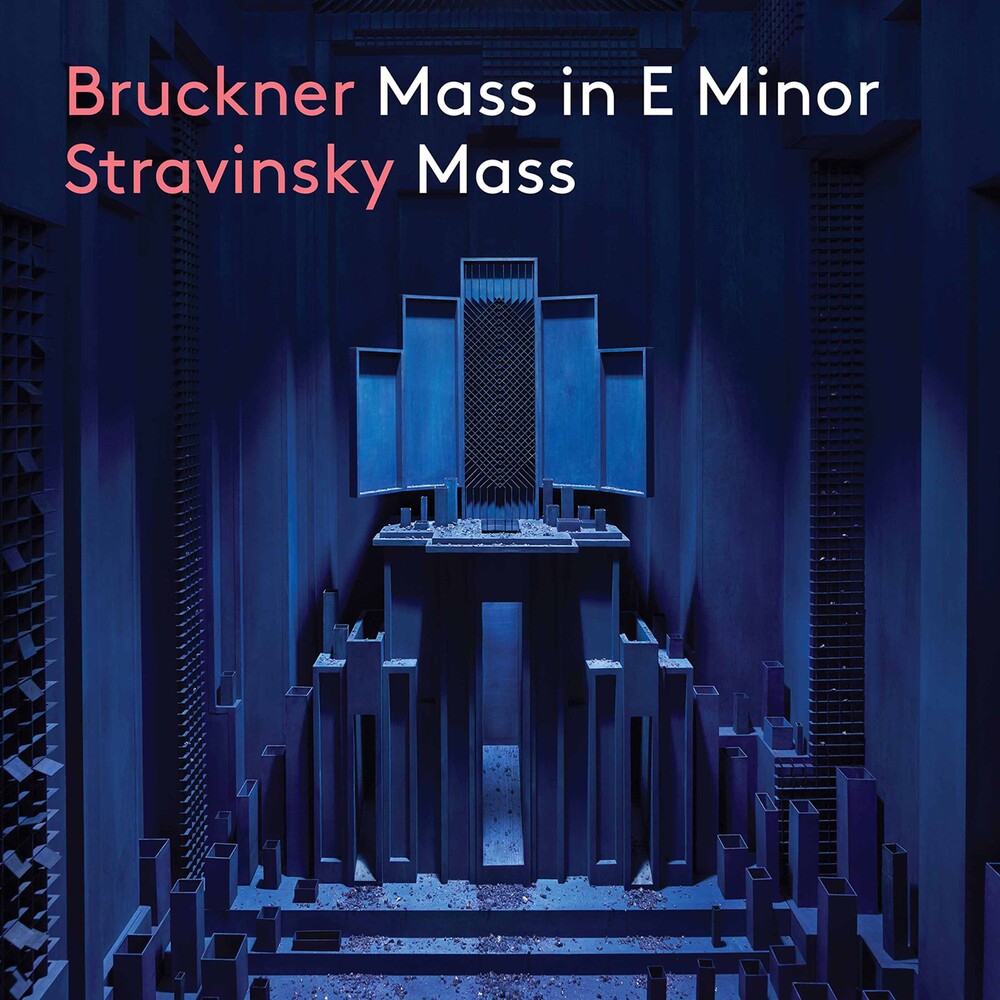 The Rundfunkchor Berlin, led by it's chief conductor Gijs Leenaars and accompanied by wind players from the Rundfunk-Sinfonieorchester Berlin, presents masses by Bruckner and Stravinsky. The mass is arguably the oldest genre in music history, full of traditions, but also an inexhaustible soil for originality and innovation. This mix of tradition and innovation makes the genre an ideal vehicle for Bruckner and Stravinsky, who were both masters at blending the old and new into a uniquely personal musical idiom. Bruckner's Mass in E Minor and Stravinsky's Mass share their unusual orchestrations of almost a cappella voices with a sparse, extraordinary wind accompaniment. While Bruckner was inspired by open air "country masses", Stravinsky's Mass is emblematic of his neo-classical style. The Rundfunkchor Berlin is one of the most established German choirs, and has participated in several PENTATONE releases of Wagner operas, as well as a recording of Bruckner's Mass in F Minor (2013) and Richard Strauss's Die Tageszeiten (2015). The Rundfunk-Sinfonieorchester Berlin has an even more extensive PENTATONE discography, containing collaborations with conductors such as Marek Janowski, Jakub Hrusa and Vladimir Jurowski. Gijs Leenaars makes his PENTATONE debut.