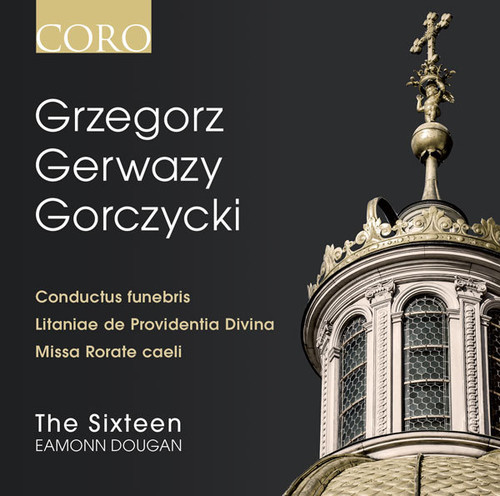 The third disc in The Sixteen's acclaimed series of Polish music, conducted by Associate Conductor Eamonn Dougan, explores the work of Grzegorz Gerwazy Gorczycki (1665-1734). Regarded as the outstanding Polish composer of the high baroque, Gorczycki studiedin Prague and Vienna in his early years, and returned to KrakĂłw where he was appointed Magister Capellae at Wawel Cathedral in 1698. Like his predecessor Bartlomiej Pekiel (featured on CRO 16110), Gorczycki wrote in both stile antico and stile moderno; the works featured on this recording display his skill in both genres. As the last great talent of the Polish Baroque era, Gorczycki is certainlydeserving of a wider audience.