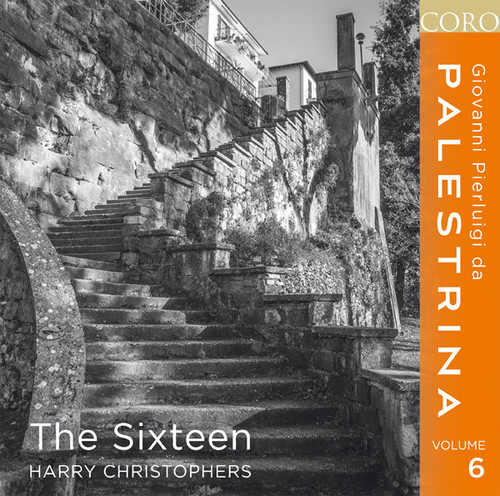 Palestrina 6 (Jewl)
Artist: The Sixteen
Format: CD
New: Not on Hand, let us get it for you...
Wish

The Sixteen continues it's acclaimed series of discs exploring the work of Italian Renaissance master, Giovanni Pierluigi da Palestrina. An enormous body of sacred works, including over 100 Masses, rightly earned Palestrina the title of 'the prince and father of music' and 'the saviour of church music'. His legacy has impacted sacred music worldwide for over 400 years and composers throughout the centuries have studied and learned from his gift of writing exquisite polyphony. Central to this sixth disc is Palestrina's unjustly neglected 5-voice L'Homme armé Mass. Written before 1570, it is no mere technical showpiece, but contains music of the highest quality. It is accompanied on this disc by a group of penitential and devotional motets and Offertories on well known texts such as Parce mihi Domine, Si ambulavero in medio tribulationis, Tribulationes civitatem, de profundis, and Super flumina Babylonis, eliciting from Palestrina his best and most moving music. Three further Song of Songs motets in the Sixteen's ongoing complete survey complete the CD.