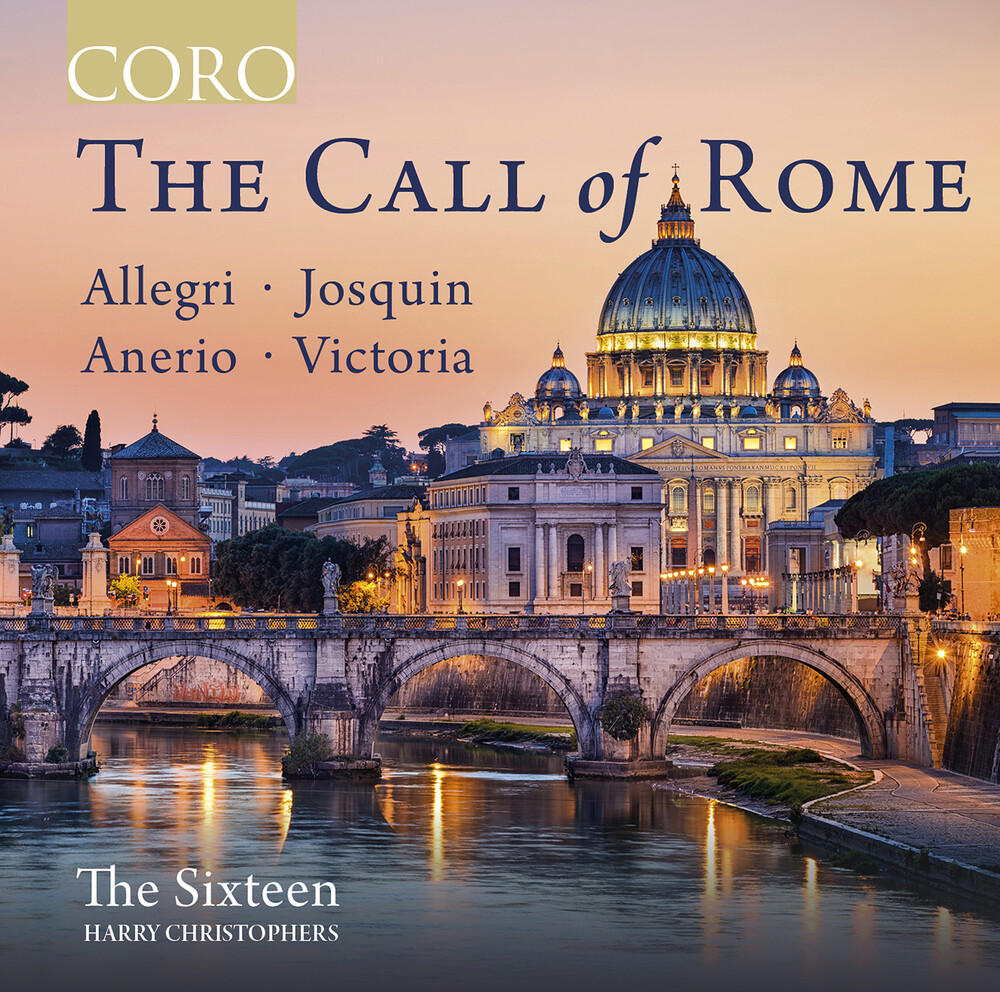 Rome - the 'Eternal' City. Once the capital of a republic and empire which defined the Western world in ancient times and left indelible imprints thereafter both physically and spiritually. A city of unparalleled beauty, a source of learning, and a capital of the arts which has inspired countless pilgrimages. A city which motivated the composers on this album to create some of their finest works including one of the most famous pieces of choral music ever written - Allegri's Miserere. This album concentrates on that call to Rome which was irresistible for the Flemish composer, Josquin, and the Spaniard, Victoria. Here they sit alongside Felice Anerio and Gregorio Allegri who spent their lives in Rome in the service of the Papal chapels.