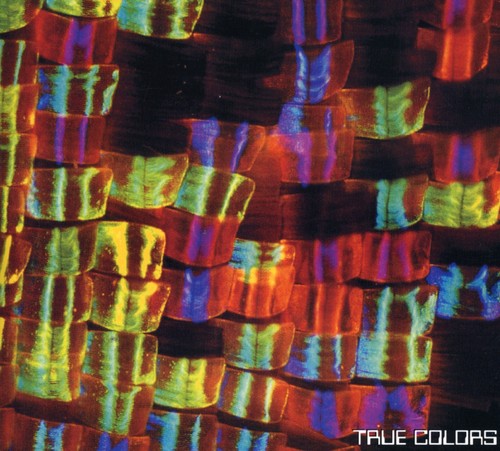 Rooted in the heavy pocket grooves of funky soul and jazz artists of past and present, the Boogie Hustlers collective began piecing itself together in 2003. Creating original music in the vein of their funk-forefathers the band started a forward-thinking musical evolution. Drawing from numerous styles including Soul, R&B, Hip-Hop, Funk, Jazz, Fusion, and time-tested Pop music, The Boogie Hustlers are four years deep into a journey of expanding musical horizons. Their mission: to bring positivity and spirituality back into the live music scene and onto the radio. On stage and on record what comes across is the honesty and passion of the players involved. The vision of bandleader and founding member Sean Rig is evident in every carefully orchestrated note and lyric on the album '122 Ellsworth,' the group's debut release. Released in January 2006 the album quickly garnered critical acclaim beyond just the Pittsburgh music scene. Making it into high rotation airplay at WYEP-FM brought the Hustlers a new fan base. Making it onto the reputable radio station's year-end top 50 Albums list gave the band an added boost and made their selection by Leeway's Homegrown Music Network as the Best New Band of 2006 that much sweeter. The Boogie Hustlers' realm of touring options began to open up. The Hustlers' live shows are where they really shine. Connecting to the audience with tight horns, crushing drums, super-funky guitars, badass bass, and two engaging vocalists of differing styles, the positivity they've made their mission comes out in full-on uplifting r&b/soul swing. The Boogie Hustlers are equally adept at soaring funky instrumentals, and have played venues on the soul, jam, jazz, and funk scenes all over the eastern half of the country. Vermont to Georgia, North Carolina to Illinois, New York City to Pittsburgh and everywhere in between fans that have been touched by the band's positive dance music, in turn, make it worthwhile for this rotating cast of musicians to spread the love in greater swaths of the country. On vocals, lyrics, and guitars Sean Rig represents the lower register of the Boogie Hustlers voice. Vince Wylie, also on vocals and lyrics, is the group's natural frontman, cruising the stage and singing soul-style. David Chapman Jamison rocks the drums, holding down the beat so strong it compels people to their feet. The other half of the super-funky guitars mentioned earlier, Ryan Meals, keeps the music steady and soulful day in, day out. Howie Alexander, by day a musical mentor to Pittsburgh's next generation of superb musicians at the African American Music Institute, at night lays down gospel-jazz keys. On the trumpet, killin' it every night with perfect tone and perfect pitch, Shaun Bell (that's 'SB' to you). The rest of The Boogie Hustlers collective is a rotating cast of Pittsburgh's finest. On loan from The Poogie Bell Band, this group is happy to have the bass guitar muscle of Kevin Barefoot. At other times, on loan from Berklee College of Music and from David Fiuczynski, Jeremy McDonald plays tasteful Fender Jazz Bass. And at other times, the Pino Palladino of Pittsburgh, on loan from The Mandrake Project, the tight groove of Anthony Pecora's bass. Reggie Watkins (former bandleader and arranger for Maynard Ferguson) amplifies the band's jazz integrity with his arrangements and trombone. And Rick Matt on the baritone sax proves to be one of the most tasteful and soulful practitioners of the instrument. Other key members of The Boogie Hustlers community include: Darnell Anderson, longtime tenor saxophone player and band fixture from 2004 to 2007; Greg Barbone, longtime songwriting partner and keyboard player in the group from 2004 to 2007; and Tony Campbell on alto sax, also on loan from the Poogie Bell Band. Past performances with Soulive, Gov't Mule, Brazilian Girls, Dirty Dozen Brass Band, Vince Welnick, Jerry Garcia Band, Oteil Burbridge, Tea Leaf Green, Lotus, DJ Williams Projekt, Poogie Bell Band, the legendary guitarist Melvin Sparks, The 10th Annual All Good Festival, The 8th Annual GratefulFest, Zen Tricksters, The Bridge, The Jarflys (Jimmie's Chicken Shack), ekoostik hookah, Donnie Iris and many more have showcased the band's talent. Now, let them perform for you. 2006 New Band of the Year Award Recipients: The Boogie Hustlers 'The band's focus on the many aspects of soul music helps them make their compositions as infectious and memorable as any classic. This is one of the best funk and groove albums we've heard this year!' -Leeway's Homegrown Music Network. 2006 New Band of the Year Award Recipients: The Boogie Hustlers.
This website uses cookies to personalize content and analyse traffic in order to offer you a better experience.
I accept Learn More
back to top