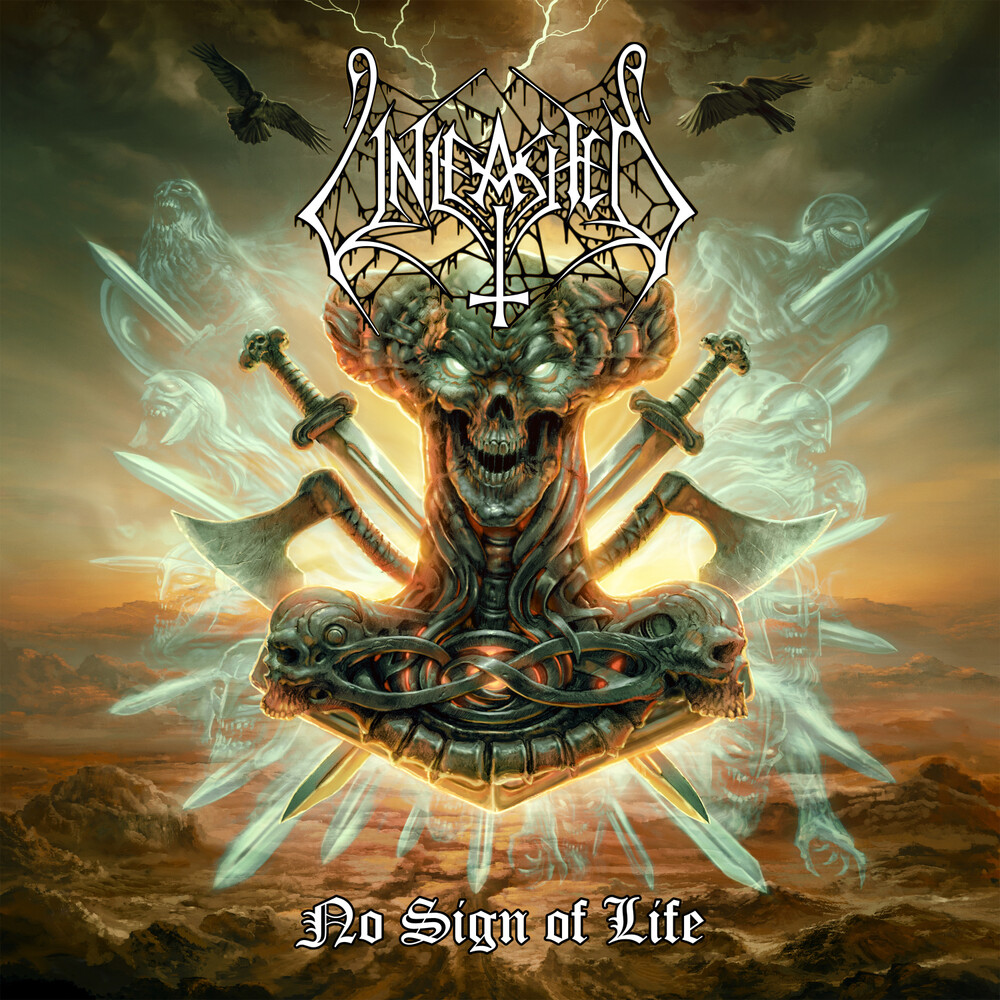 Swedish Death Metal Legends Unleashed are back to defend their throne! With the release of their 14th full length studio album No Sign Of Life on November 12 2021, the Death Metal pioneers that influenced a whole musical genre deliver another work of sheer brutality. Formed back in 1989 by Johnny Hedlund, Unleashed have been delivering supreme Death Metal in the sign of their Viking ancestors from day one! The Einherjar legions of Asgard transfer Viking values and traditions into modernity and forge another uncompromising musical weapon. The rage paves it's way straight from the first notes of the album opener "The King Lost His Crown" and leaves no time to breathe during the entire playing time. The album unfolds as an unstoppable war battalion and builds up on Unleashed's well established trademark sounds and lyrics. Accompanied by shouts hailing Odin, heavy guitar riffs take no prisoners on "The Highest Ideal", until the album finds a glorious end on "Here at the End of the World". The Chief Vikings of Swedish Death Metal manage to play modern sounding old school Death Metal and leave no doubt that they are still true to their roots after 32 years of existence. Unleashed are and stay the unchallenged leaders of Sweden's Death Metal forefathers. Hail Odin!
back to top