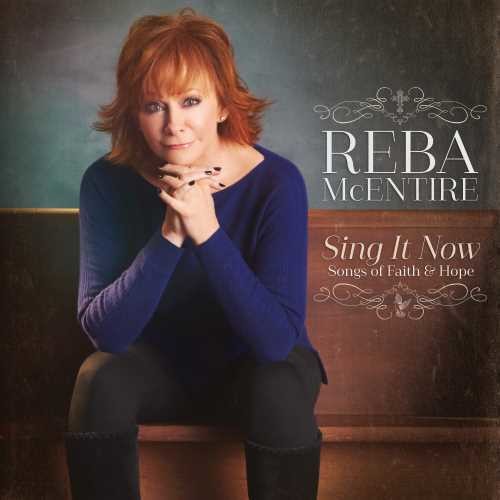 Multi-media maven Reba McEntire has never been one to rest on her laurels (Associated Press) and continues to prove that her strong work ethic couples well with passion as she prepares to release SING IT NOW, SONGS OF FAITH & HOPE on February 3, 2017 jointly through Nash Icon Records and Capitol Christian Music Group. For an entertainer with an illustrious career that has elicited 35 #1 singles, over 56 million albums sold worldwide, prestigious industry awards, lead acting roles and brand endeavors, new is a rarity yet an art form she has perfected.

From the set of her forthcoming music video for Back To God, Reba revealed details about her influences, upbringing and lifelong help from her guardian angels that lead to this collection. The double-disc project highlights traditional hymns of faith throughout the first 10 songs while more contemporary tracks of hope round out the back half.

SING IT NOW was the perfect title for this album because the message and melody throughout the song connects the dots between the traditional hymns I grew up on and new music that has been uplifting for me in challenging times, said Reba.

Music conjures up great memories and goes hand and hand with us McEntires, said Reba. Mama, Susie and Alice even came into the studio with me to record I ll Fly Away, all of us gathered around an old hymnal straight from the Chockie church.

Reba s creative and entrepreneurial ventures continue to establish her as a household name across music, television, film, theater and retail. The Country Music Hall of Fame and Grand Ole Opry member has won 15 American Music Awards, 13 ACM Awards, nine People s Choice Awards, seven CMA Awards and two Grammy Awards in addition to several prestigious leadership, humanitarian and milestone honors. As part of the longest-running Country act in The Colosseum s history, REBA, BROOKS & DUNN: Together In Vegas will return to Caesars in February 2017. She is also an acclaimed actress with 11 movie credits to her name, a prominent role on Broadway and starred in the six-season television sitcom Reba. Most recently debuting her Reba Beauty cosmetic line, she has separately enjoyed a decade-plus lifestyle brand partnership with Dillard s. Online education platform MasterClass invited Reba to offer her wisdom and knowledge as one of world s best creators in a series out now.