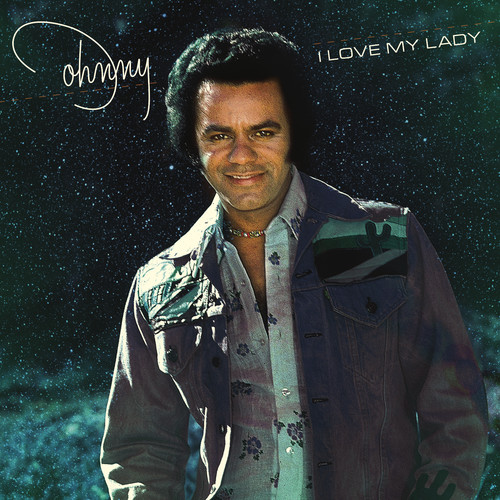 Johnny Mathis was billed on his very frst album as "A New Sound in Popular Song." In the decades since that 1956 debut, the vocalist has always explored new avenues in pop from Latin music to Philly soul. But the most adventurous of Mathis' 60-plus albums may be the one that got away... until now. In late 1980, Johnny teamed up with the white-hot CHIC production team of Nile Rodgers and Bernard Edwards, fresh off triumphant collaborations with artists including Sister Sledge and Diana Ross, for I Love My Lady. Mathis took his voice into new, uncharted territory on eight anthemic, club-ready tracks that pushed the envelope of rhythm and blues as they incorporated funk, jazz, disco, and dance rhythms. Despite the irresistible beats, incomparable vocals, and of-the-moment production, Columbia Records shelved I Love My Lady in 1981. Yet it's legend only grew as the years passed. In 2006, house music duo The Shapeshifters even tantalizingly sampled a track from one song ("Love and Be Loved") while the full track remained in the vault. Finally, beginning in 2010, it's songs began to trickle out on compilations, and in 2017, I Love My Lady was issued for the frst time as part of a Mathis box set. Now, Real Gone Music and Second Disc Records are proud to present the frst-ever standalone compact disc of this remarkable album by two American treasures: Johnny Mathis and CHIC. For the occasion, we've commissioned all-new cover artwork, and Johnny has graciously sat down for an interview with The Second Disc's Joe Marchese to refect on the album's creation. The deluxe booklet also features rare photos of Johnny, and Mike Piacentini has remastered at Sony's Battery Studios. A lost album no more, the sleek I Love My Lady presents the eternal Voice of Romance out on the town in the early 1980s, with sensuality and soul going hand-in-hand. It's Johnny Mathis as you've never heard him before.