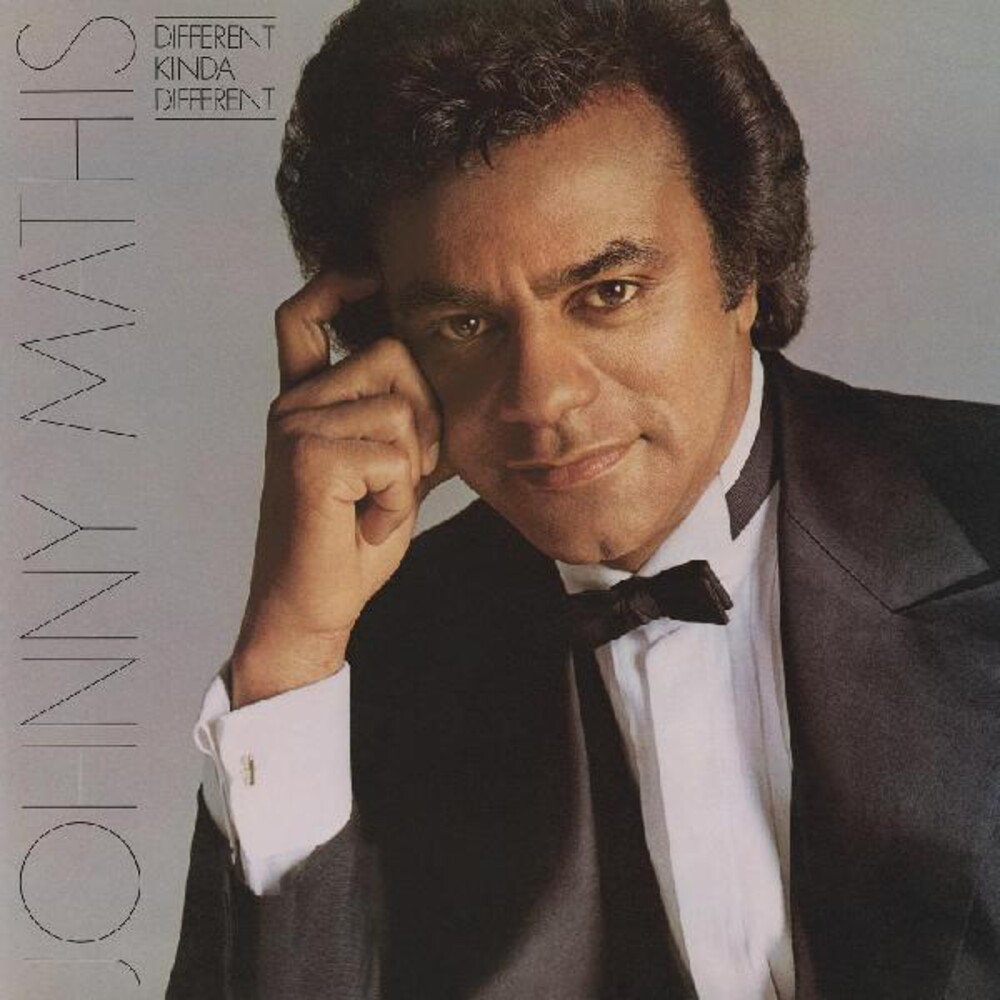 Johnny Mathis ushered in the 1980s with one of his most romantic and sensual albums in his extensive discography. Different Kinda Different, his first album of the decade, teamed Mathis with producer Jack Gold and arranger Gene Page for a set that lived up to it's title as it spotlighted numerous new songs as only The Voice of Romance could deliver them. Two sizzling pop-soul duets with singer Paulette McWilliams, 'Different Kinda Different' and 'I'd Do It All for You,' are at the heart of an eclectic album that also features tunes by Sammy Cahn, Teddy Randazzo, and Steve Dorff, plus a pair of classic standards ('Deep Purple,' 'Temptation'), the timeless disco anthem 'I Will Survive,' and the haunting film theme 'With You I'm Born Again.' Real Gone Music and Second Disc Records' definitive Expanded Edition of Different Kinda Different features nearly an entire album's worth of bonus tracks'nine in total. These include a brace of exciting session outtakes such as Johnny's velvety rendition of Lionel Richie's 'Three Times a Lady' and the new songs recorded for Mathis' 1981 retrospective The First 25 Years'The Silver Anniversary Album. Everything has been remastered by Mike Piacentini at Sony's Battery Studios, and the deluxe booklet features new liner notes by The Second Disc's Joe Marchese drawing upon brand-new interviews with Johnny Mathis and Paulette McWilliams.