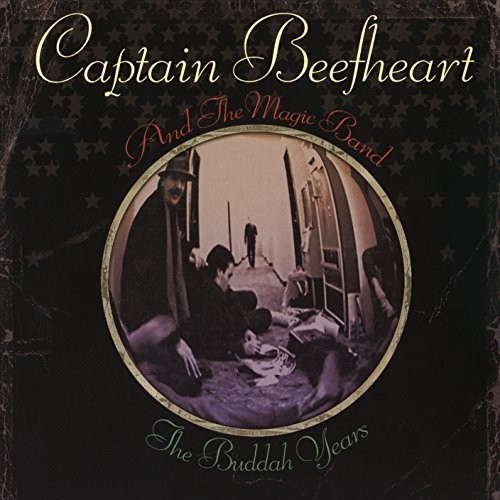 Buddah Years (Hol)
Artist: Captain Beefheart
Format: CD
New: Not on Hand, let us get it for you...
Wish

CD reissue. Buddah Years is a 2006 compilation from 1967's Safe As Milk (tracks 1 to 7) and from the 1971 Buddah Records album Mirror Man (tracks 9 to 12). Track 8 'Big Black Baby Shoes' was recorded in the Strictly Personal era. Safe As Milk is the Captain's heavily (Delta) blues influenced 1967 debut album featuring a 20 years young Ry Cooder playing the guitar. Mirror Man was also recorded in 1967 but released in 1971 through Buddah. With bringing these 1967 recordings remastered in one compilation The Buddah Years is the perfect introduction to the world of Don van Vliet, one of the greatest influences in the late sixties music scene.