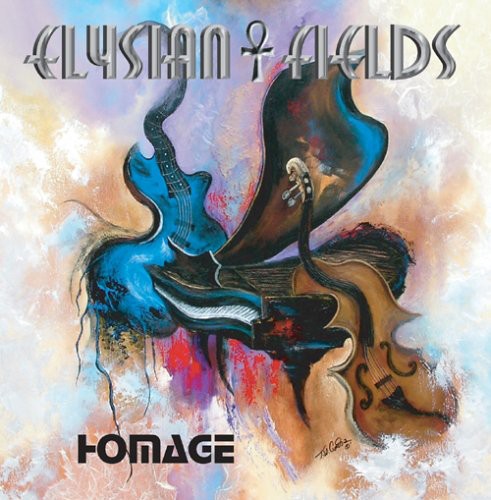 This album marks the ninth release by this Florida based progessive rock unit. Formed in 1973 by Mark J. Dye, this CD pays homage to their most powerful influences. The all original compositions pay tribute to the groups, Focus, Supertramp, Kansas, Genesis, Emerson, Lake & Palmer, Styx, Gentle Giant, The Alan Parsons Project, Yes, and King Crimson. Fans of these groups won't be disappointed. Elysian Fields faithfully pays homage to them while still retaining their own unique sound. The composition, 'Childhood's End', is in memory of the three thousand people who lost their lives on September 11, 2001 and the soldiers who've given their lives to prevent it from happening again. Fans of prog will love this CD. Mark J. Dye has been involved with music since the age of 10. He played guitar, violin, and keyboards in various groups that he formed from 1965-1984. He also has a bachelor's degree in music composition from the University Of South Florida. In 1978 he moved to Los Angeles with his progressive rock group, 'Elysian Fields'. After changing their name to 'Impulse' they released five albums on the Electric Fantasy label. While living in Los Angeles he became a Midi and synthesis specialist for many top artists like Van Halen, Guiffria, Gino Vannelli, and even appeared on Entertainment Tonight as a technical advisor for electronic music. He now operates a state of the art digital recording facility in Saint Petersburg, Florida. Mark Doran, Suzanne Stokes, Joe First, Dr. Jean, Mar. Harman and many others have collaborated with Mark from 1986 to the present. He continues to teach music, write music for hire and arrange and perform material for other songwriters. His next goal is to do music soundtracks for motion pictures. Mark and Andrew have been co-writing music together since 1988. Their music has been heard all over the world and includes five other CDs besides HOMAGE. Andrew Winton was born in Flint, Michigan in 1971 and moved to St. Petersburg, Florida in 1982. His interest in music started at age 7 when he began playing piano by ear. He was able to refine his skills when he met his partner in rhyme, Mark J. Dye, in 1987. While completing his degree in Business Management from Eckerd College, Andrew was continually writing and learning music. In 1995, Andrew completed his first album 'A Little Progressive'. The album contains a wide range of ideas and styles. Andrew draws much of his inspiration from his emotions, events in his life, and nature. In 1999, Andrew released his second album 'Shadowscapes'. 'Shadowscapes' is a further exploration of his ideas and talents. This release marks the sixth collaboration with Mark J. Dye. Timothy Lewis has been using Mark J. Dye as his producer for over ten years. On this release, Mark turned the tables and used his friend as vocalist on the Kansas and Styx homages. The results speak for themselves. Timothy can also be heard on the group Departure's 'Corporate Wheel' CD. Timothy will be releasing his own CD in 2006.