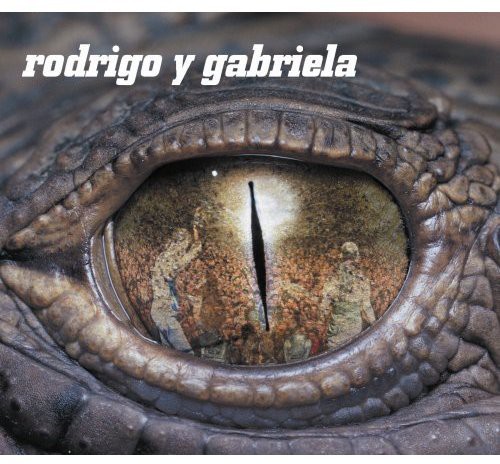 How did two Mexican-born heavy-metal enthusiasts end up at the top of the Irish charts? The story begins back in their homeland, where Rodrigo Sanchez (lead guitar) and Gabriela Quintero (rhythm and guitar-top hand percussion) met as teenagers. Following years of fruitless struggle, they settled in Dublin, working as street entertainers, eventually wandering as far afield as Denmark and Spain. But over time, their virtuoso duo-guitar instrumentals garnered them a following, which in turn led to indoor engagements where they no longer had to freeze their hands off. And no wonder -- their eruptive mixture of Central and South American folkways, with its propulsive rock rhythms, plus grooves reminiscent of The Gipsy Kings' crowd-pleasing Catalan rumbas, is incredibly infectious. Yes, their frisky yet spot-on covers of "Stairway To Heaven" and "Orion" may goad some listeners into purchasing the album, but believe it or not, the original tunes are even more mesmerizing. "Ixapa," in which the pair are joined by noted Hungarian Roma (Gypsy) fiddler Roby Lakatos, has a wicked, pan-European swing, while the impossibly fleet "Juan Loco" should delight all comers -- once they catch their collective breaths! Produced by John Leckie (Radiohead, The Stone Roses, Muse), the USA release includes a DVD containing interviews, live performances and other extras.
back to top