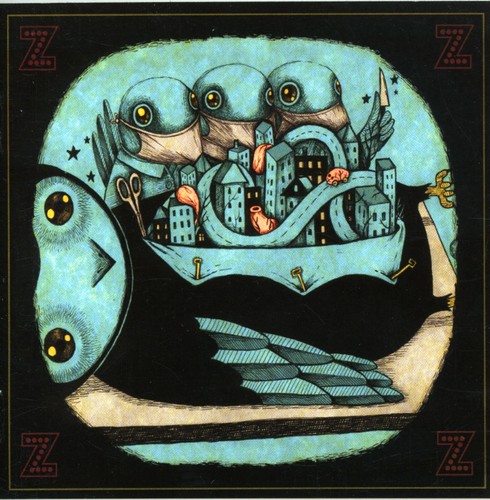 Z
Artist: My Morning Jacket
Format: CD
New: Not on Hand, let us get it for you...
Wish

Over the course of several years and several indie releases, this Kentucky-bred combo earned themselves a reputation as unwashed and somewhat dazed purveyors of reverb-drenched Neil Young worship. And while they once filled that niche rather nicely, Jim James and company blast out of those confines with spectacular results on Z, an obscurely titled but vividly detailed disc that maintains touch with the band's roots while taking aim at the farthest reaches of the stratosphere.

The manifest for that trip is laid out with breathtaking eeriness on "Wordless Chorus," an aptly named swirl of sonic mercury that allows James's angelic voice to float freely through a spangly landscape that would do the Flaming Lips proud. A similar spaciness lurks in the corners of "Dondante," but on that extended tune, it's leavened by a mean streak of guitar sinew, one that echoes MMJ's past Crazy Horse infatuation without retracing those steps precisely. The quintet aren't entirely detached from terra firma, however. In fact, they've rarely expressed themselves more earthily than on "What a Wonderful Man," an out-and-out pop song of sorts that's keyed by a spry keyboard melody that encircles lyrics about the death of a close friend. That seemingly incongruous blend of emotions pops up again and again on Z, as in the reggae-tinged plaint "Off the Record" and the unhinged "Knot Comes Loose." But it's not just the aural splendor that makes Z so captivating -- it's the sheer presence of a group of musicians growing exponentially in both confidence and capability. A monumental release.