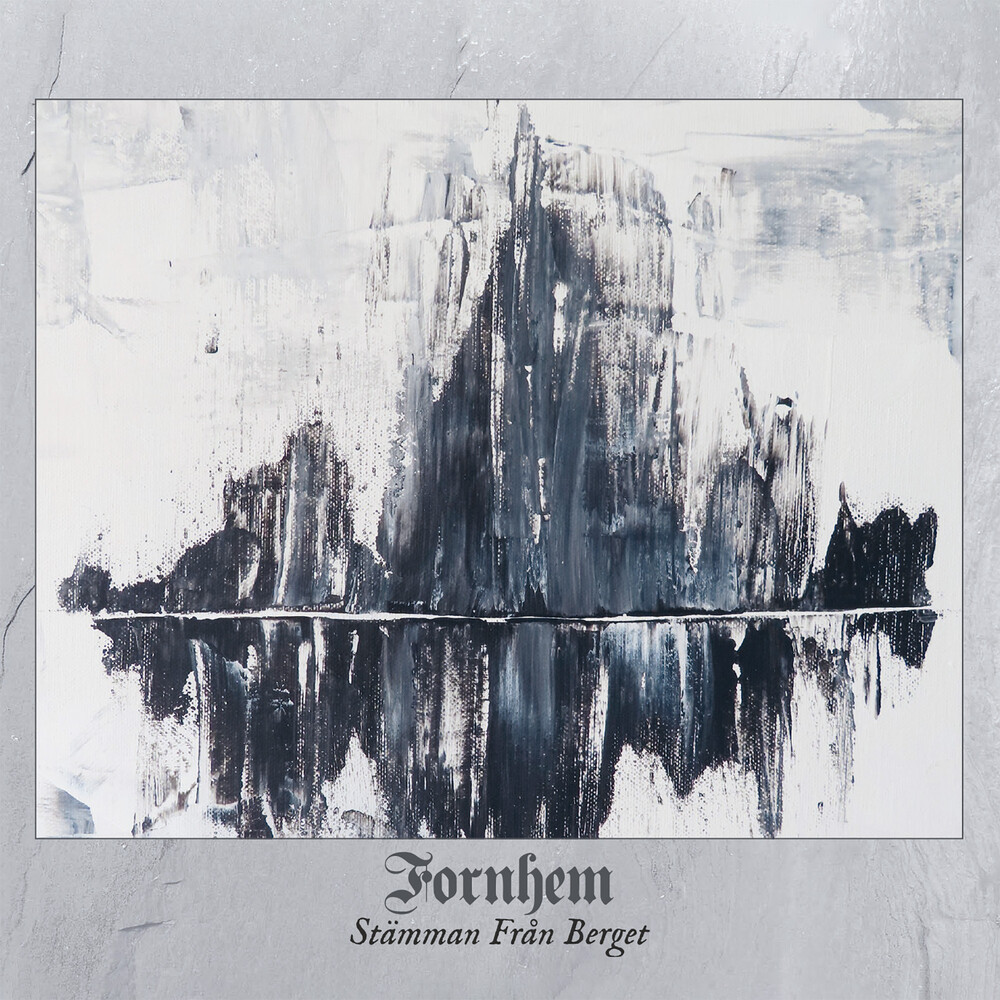 FORNHEM are living proof that the dark underground in Norrkoping at the centre of Sweden's historic province of Ostergotland, which has spawned such ground-breaking acts as MARDUK and OFERMOD, is still fertile. The Swedes' sophomore full-length "Stamman fran Berget" ("The Voice from the Mountain") is clearly more than a continuation from FORNHEM's acclaimed 2017 debut album "Ett Fjarran Kall" ("A Call from Afar"). While the trio remains firmly rooted in Nordic black metal with it's mesmerising, repetitive phrasing, pounding ritualistic percussion, and fierce vocals, they have expanded the range of their eclectic influences even further. At the core of the band's audible musical development apart from added years of experience is the addition of guitarist Thuleman to the original founding duo of FORNHEM. Thuleman is a veteran musician, who comes with a solid background in blues rock and just for the fun of it also composes Nordic ambient. The organic fusion of classic rock and metal with black metal has created a quite unique take on the genre's sound. FORNHEM were founded in 2013 by vocalist and drummer Vafthrudner and guitarist Solbane, who came with a background in both classical music as well as black metal. Both artists are also united by a love for books as Solbane is a librarian and Vafthrudner studies history of religion in Uppsala. His interest in philosophy and art have shaped aesthetics of FORNHEM and manifest on "Stamman fran Berget" in lyrics that take inspiration from Sweden's radical lyricist Gunnar Ekelof. With "Stamman fran Berget" FORNHEM skillfully add a new facet to Nordic black metal that will appeal to both traditionalists looking for a dark emotional ride as well as those searching for a fresh approach and lyrical intelligence.