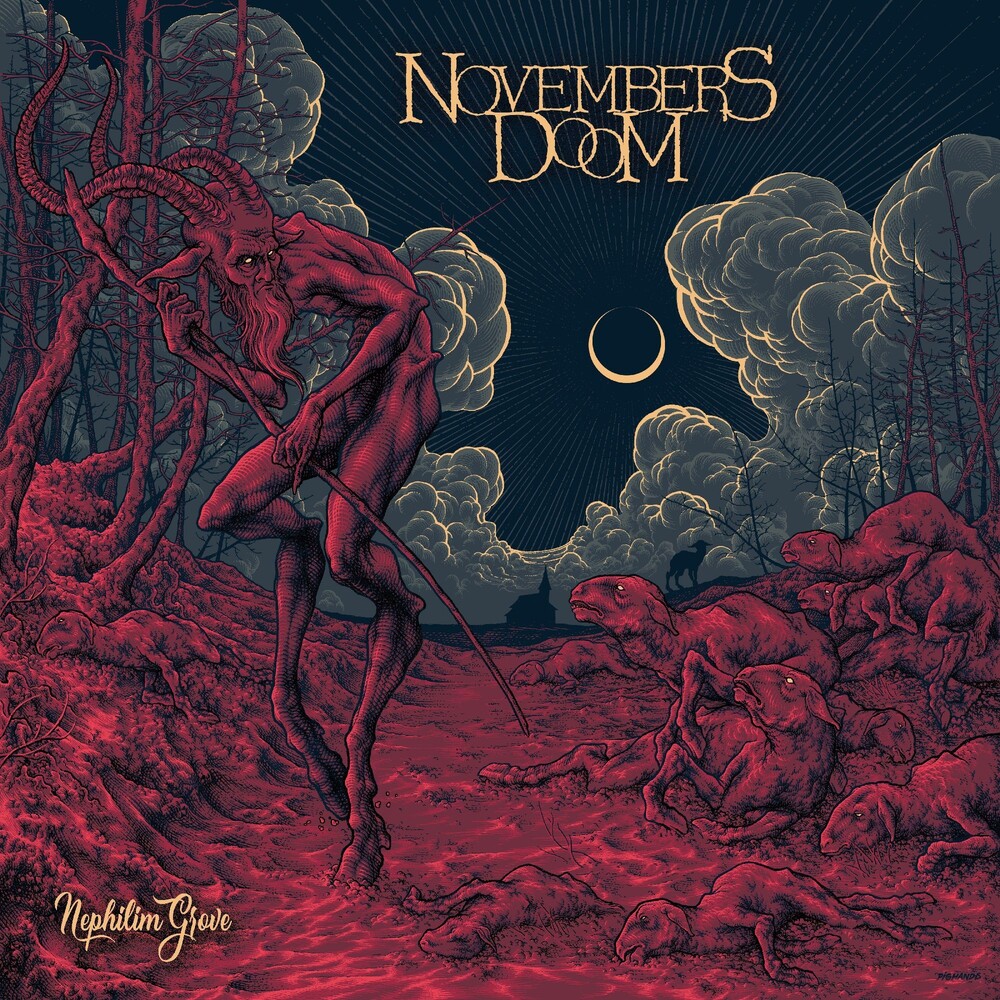 With "Nephilim Grove," Chicago's Novembers Doom celebrate their 30th anniversary in style, building upon the grandiose vision founder Paul Kuhr has developed throughout the years. As an entity existing in his singular musical universe of doom, death and progressive metal, the band by now dodges all endeavors of categorization. Kuhr expands on 2017's "Hamartia" in the most daring yet root-conscious way, offering "new colors, new sounds, the same bad-assery. We never set out with a vision other than to just write what makes sense and feels right. It always shows our mood at a given point in time while while I am striving for lyrical and emotional consistency." From the rolling thunder that is 'Petrichor' across the goth-tinged title track and 'Black Light,' which marries thrashing outbursts with melodic finesse, to the dramatic finale 'The Obelus,' the record marks nothing less than a stately upgrade of genre. The tracks were mixed and mastered at Unisound by Dan SwanĂ¶ (Edge Of Sanity, Dissection, Opeth), who plainly declares, "I know I say this all the time, but it is their best so far" - a statement that rings true with regards to the songwriting prowess on display, something only true veterans such as these achieve. Crowned by empathic ruminations on the human condition's underbelly, Novembers Doom's eleventh studio album exudes timelessness right away. "Nephilim Grove" is available as as Digipak CD, 2CD artbook with two bonus tracks, 2LP (400 black, 200 red) and box set, containing the artbook and double vinyl (exclusive color) alongside several art prints.
This website uses cookies to personalize content and analyse traffic in order to offer you a better experience.
I accept Learn More
back to top